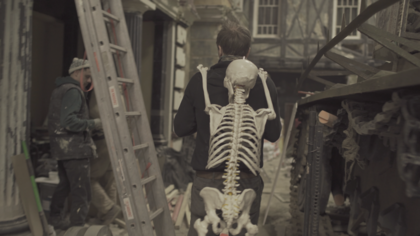 Two out titles— Alive directed by Konstantin Selin and Andrei Sakharov. On the Other Side of the Window...  by Dmitry Zavilgelsky —  were awarded Laurel — national award. Alive received the Best Nonfiction Film award and Sakharov the Best Popular Science, Educational Film award.

Antidotes Sales is happy to congratulate both directors and their crew!

The online broadcast of the Laurel Branch Award ceremony took place on 12 December.

The objective of the competition is to present the latest film productions, support the creative searches of masters and young filmmakers, increase the authority and dignity of the art of film and television documentary filmmaking, its significance in society, and, as a result, a real impact on the film process.