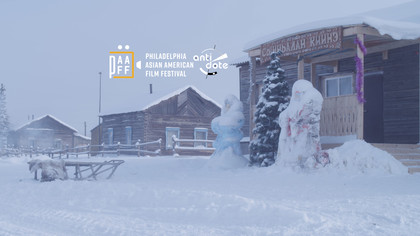 The 15th edition of the PAAFF took place 3-13 November. Black Snow participated in the Narrative Program.

Gosha is a self-employed trucker, who delivers goods to remote northern parts of the Sakha Republic (Yakutia). He uses his competitive edge and his services are expensive. Moreover, he supplies fake low-quality vodka to his native community, thereby alcoholizing the locals.

After another trip, he exchanges vodka for meat and fish – the only currency the northerners are able to pay him. His greed lures him into driving back to the city without a partner-driver. During the journey, his truck breaks down. He is stuck in the middle of nowhere. Нe is the only living soul for hundreds of kilometers around.

Since PAAFF’s founding, the festival programming has continued to explore and expand its understanding of Asian and Pacific Islander experiences and all of the intersecting identities within. The program of the 15th edition is no different—this year’s festival concept is aptly called “Intersections.”