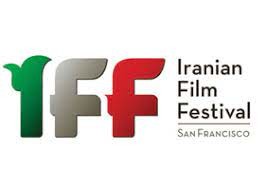 The screening takes place on the 18th of September at 15.00.

Grappling with a mid-life crisis, Sacha leaves his girlfriend and escapes to his grandparents’ Airbnb. He is surprised by the presence of Marjan, an Iranian woman who is facing her own marital crisis.

They are both annoyed at having to share the apartment and rather than finding a place of retreat, tension builds. When Mina, a vibrant American, arrives, their mutual prejudices give way to curiosity and complicity. What began as an involuntary encounter becomes a moment of new possibilities.

Iranian Film Festival (IFF), the first independent Iranian film festival outside of Iran, with no affiliation to any political or religious organizations, launched in 2008, is an annual event showcasing independent features and short films made by or about Iranians from around the world.

This year Iranian Film Festival is held on the 17th-18th of September.