Ella Hatamian (b.1989) is a film director and editor from Los Angeles, CA. She has been nominated for a grant from the National Board of Review, completed a fellowship at IFP’s Narrative Film Lab with her film Homemakers, and won the PBS Independent Lens Audience award for her film They Call Us Monsters. Ella has edited three feature-length films: End of Days (Sundance 2021), White Rabbit (Sundance 2019) and Sticky Notes (starring Ray Liotta), and produced a number of shorts and features that have screened across the US and worldwide to critical acclaim at festivals that include AFI Docs, Los Angeles Film Festival, IFF Boston and Locarno. 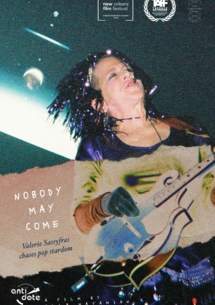 Nobody May Come
by Ella Hatamian, Stiven Luka