Founded in 2007, in the years it has become a solid point of reference for young Swiss directors. Since then Cinédokké has produced more than 15 short films, documentaries and, in the recent years, features films.

National consecration for the young production company from Ticino arrives with the Quartz nomination (the Swiss Oscars) as Best Swiss Short Film in 2013 for «Goal» directed by Fulvio Bernasconi and the Quartz nomination in 2014 for «Age 17» directed by the young director Filippo Demarchi. Since then Cinédokké has opened up to international co-productions like «L’Ospite» by Duccio Chiarini, shown in Piazza Grande at the Locarno Film Festival in 2018.

Michela Pini is the company’s main producer. She works also as line producer for many important international co-productions, like «Lazzaro Felice» by Alice Rohrwacher.

Michela is also a member of the Swiss GARP (Association of Swiss Authors, Directors and Producers), Chairman of the Ticino Film Commission and Committee Member of the Solothurn Film Festival. 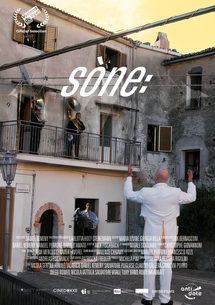