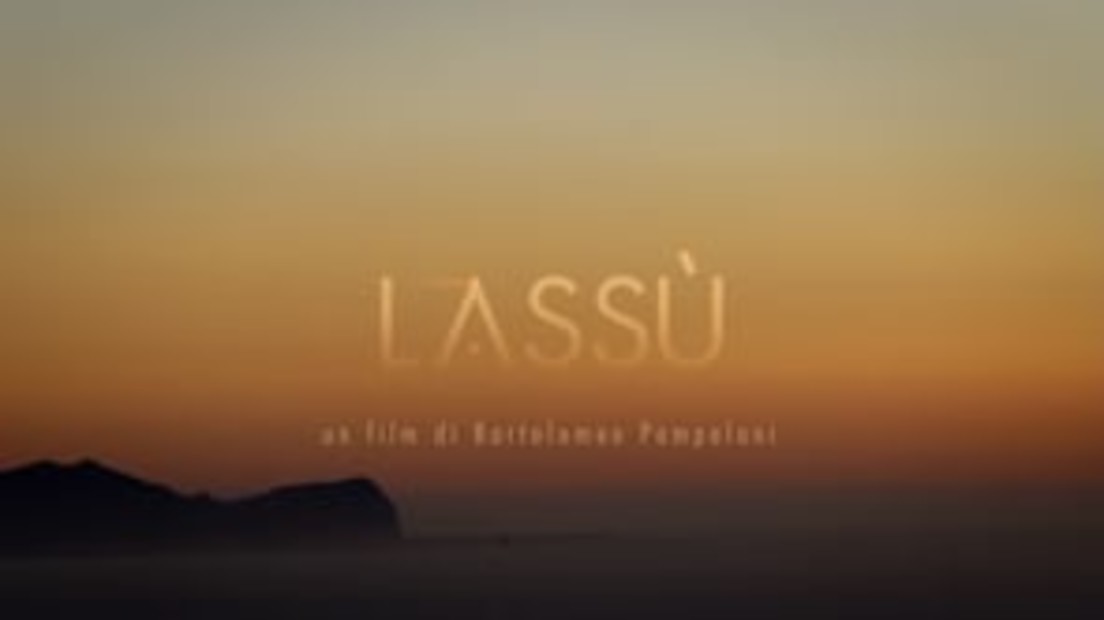 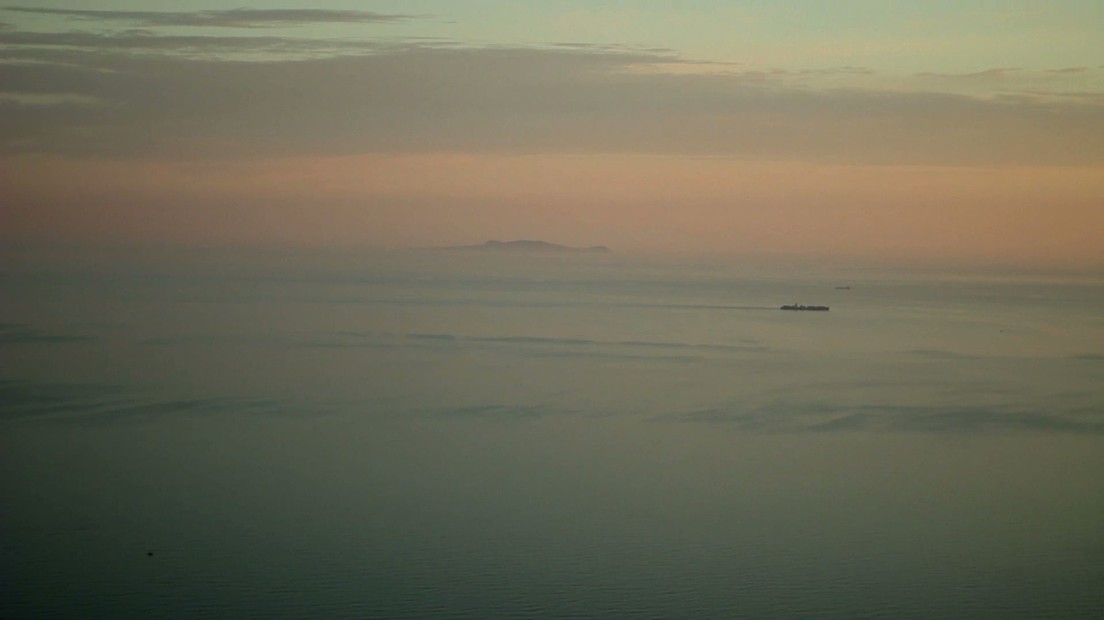 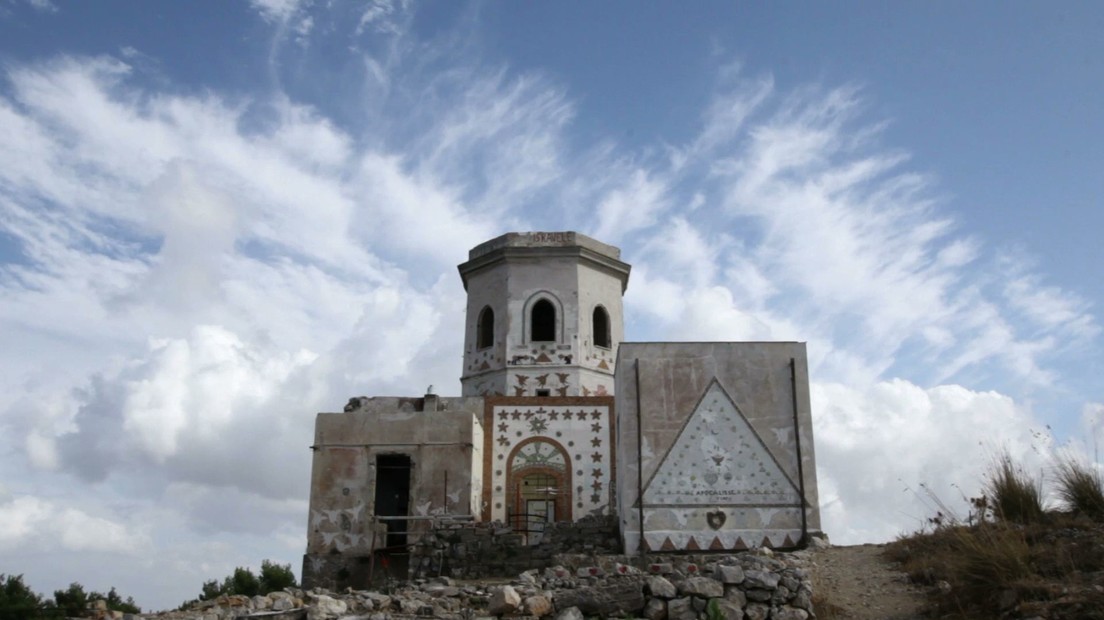 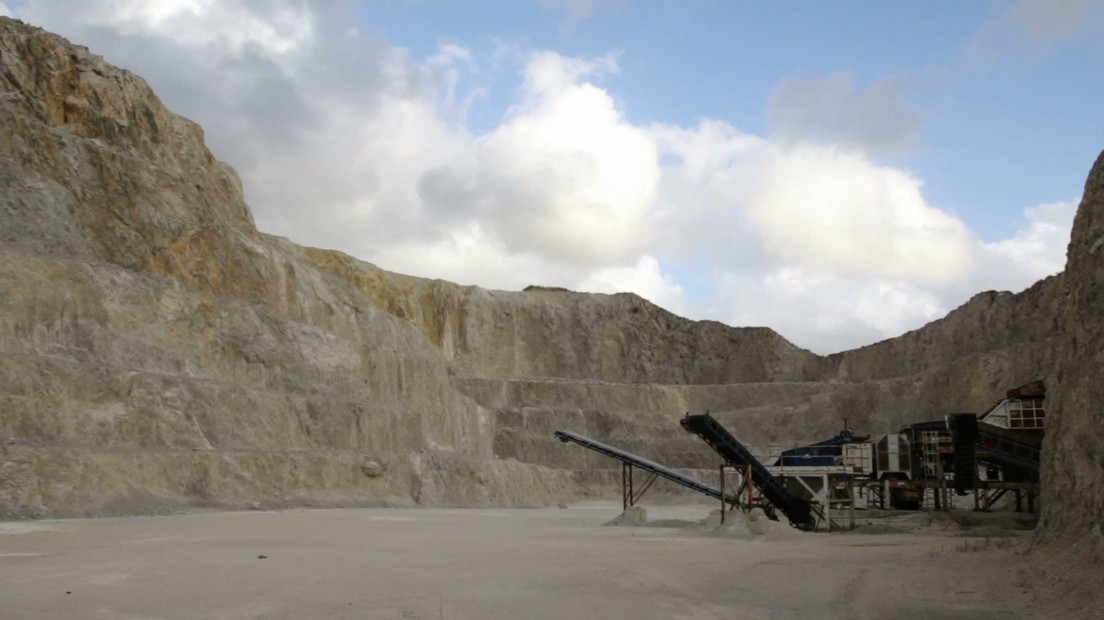 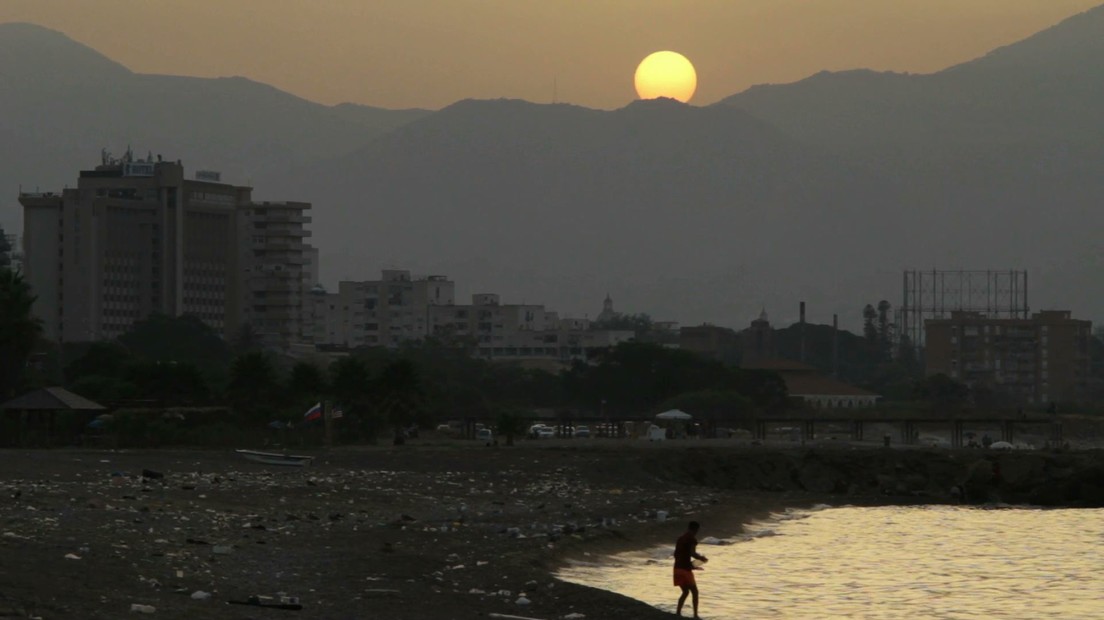 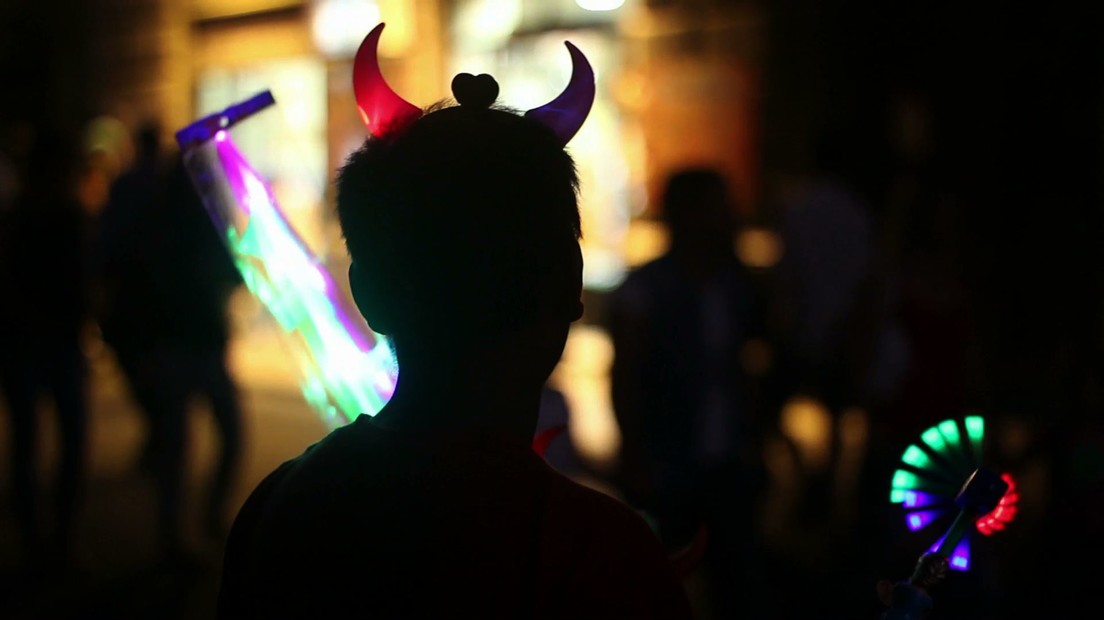 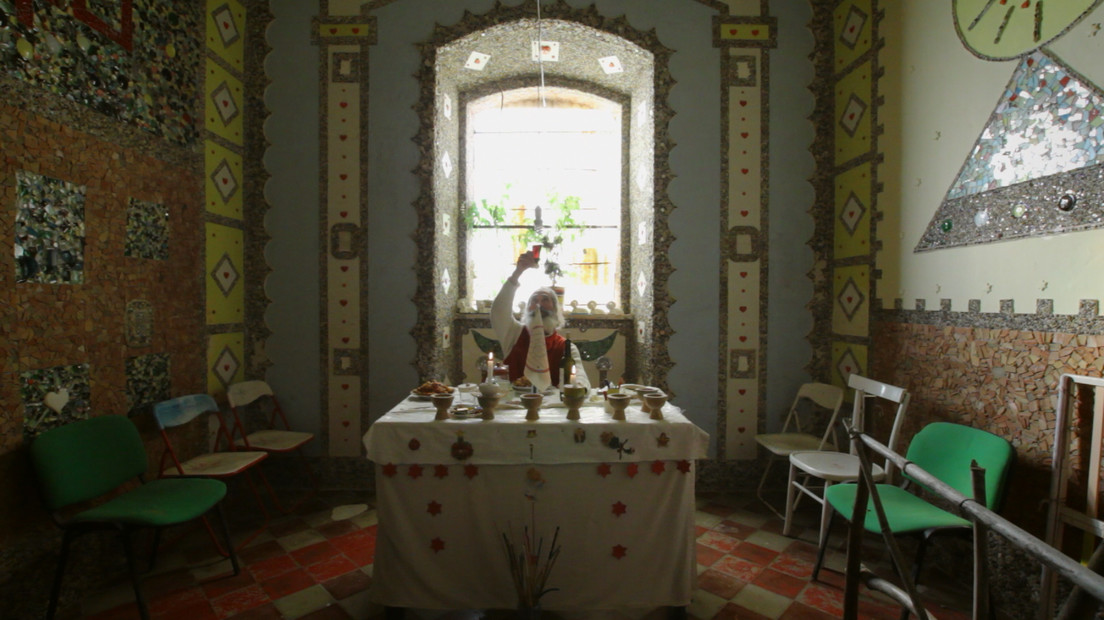 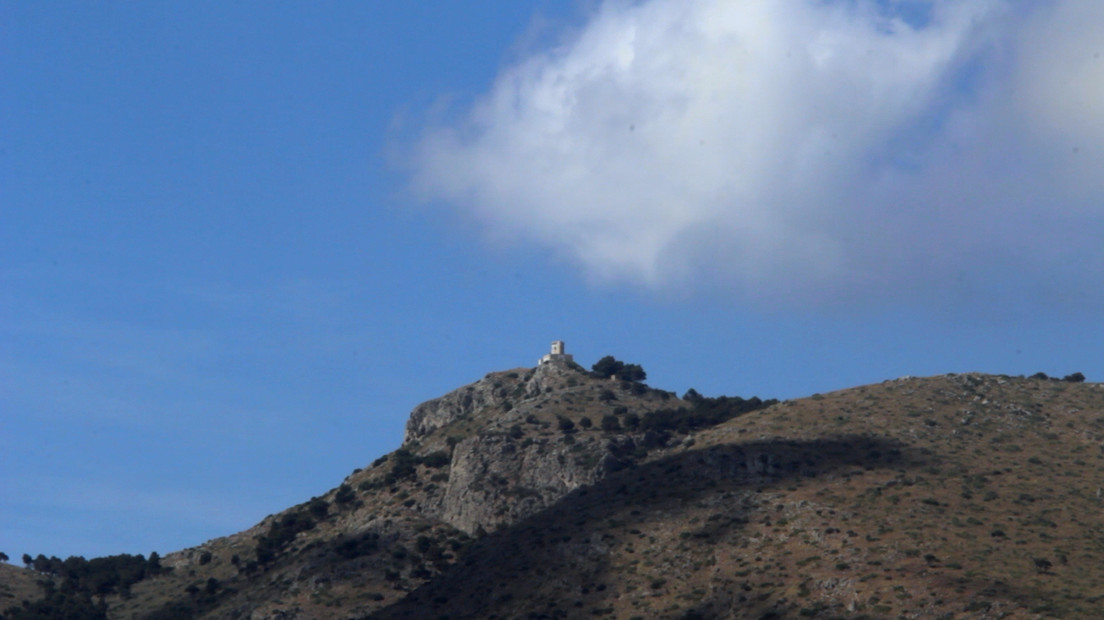 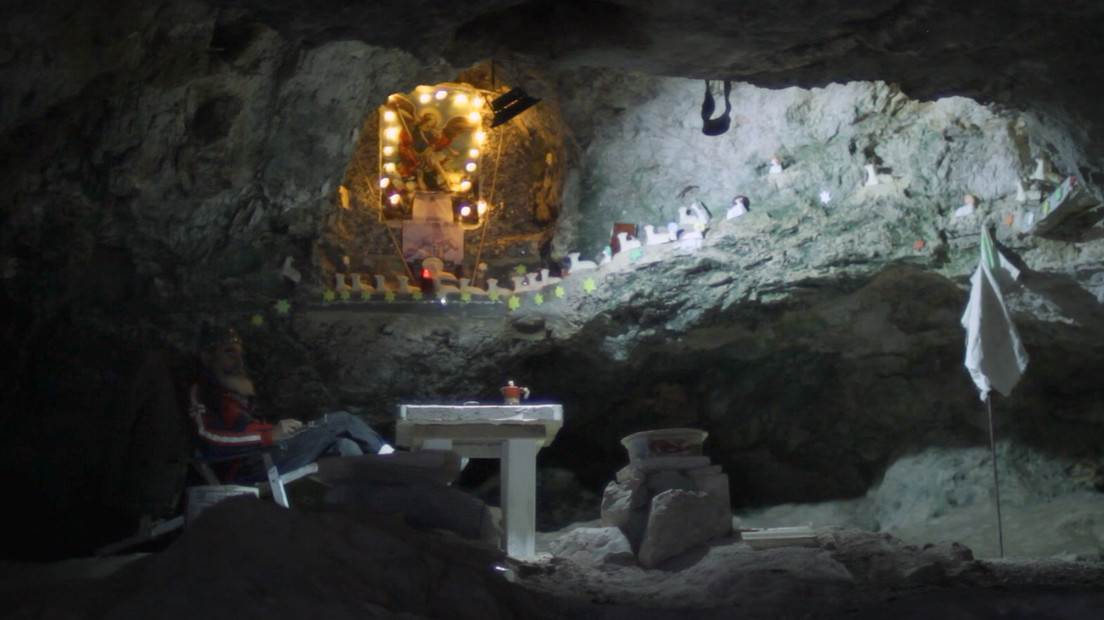 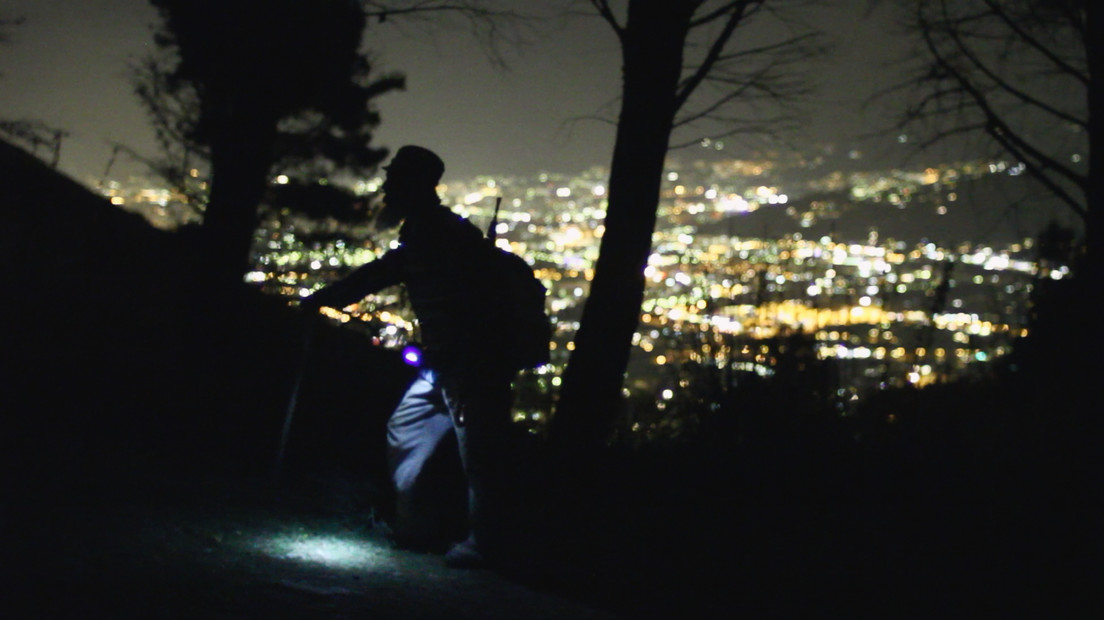 Nino was a bricklayer and lived in the outskirts of Palermo with his family. Now he lives alone on top of a mountain and he is a prophet. He calls himself Isravele, the backward version of “elevarsi”, which in Italian means “to rise up”. Up there, on a barren mountain on the edge of the city, is his home: an old abandoned observatory that over the course of twenty years of tireless solitary work he has transformed into a portentous naive temple, considered one of the most impressive examples of outsider art in Europe. Isravele goes up and down every day with a backpack loaded with pebbles and concrete. It brings up what is below and thus purifies it. He transforms neglect into beauty, through a constant, almost inhuman work. This is his prayer, his message to the society that besieges him, down there: pilgrims and tourists threaten the peace of this place on the edge of the suburbs by going up to visit it in search of a photo or a selfie: they want to find out who this mysterious man is, who in the city is called the hermit.

Isravele has been living for the last twenty years at the top of a mountain where in absolute solitude he is toiling at an extraordinary mega-project. But as of late, a shopping center has opened along the edge of the same slope and is threatening to spoil the peace of this place.

Up there, on the very top of a barren mountain that towers above the city of Palermo, a strange building stands out against the sky: it’s an old military observatory which has now been transformed into a very unique temple, entirely decorated with naïve mosaics.

Nino, alias Isravele, a 60 year old bricklayer, has been living there alone for more than twenty years. He goes up and down every day with a backpack loaded with pebbles and concrete. He carries his load from beneath to the heights of the mountain, and thus purifies it. He transforms neglect into beauty, through a constant work that he calls prayer. Because, he says, anything that isn't done for personal interest is a prayer.

This is the story of a bricklayer from the suburbs that one day became a prophet, the story of a man who got out of the world to reveal, from up there, a different, vaster horizon, a new road for a stranded humanity, a path where man, divinity and nature return to be one.

Because, as he says, quoting Revelation: "the time has come to destroy those who destroy the earth". 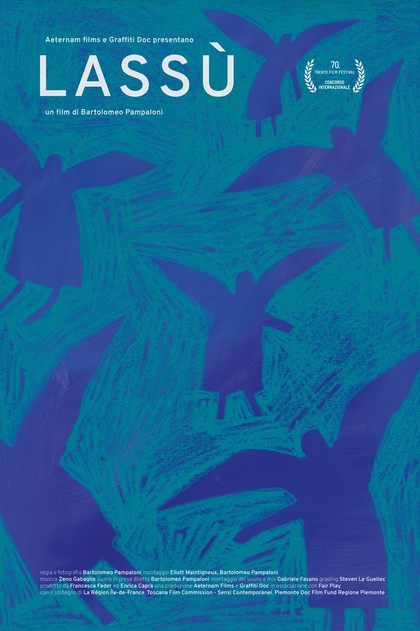