https://antibiotiqueaugmentin.com/augmentin-625-posologie/
Dreaming an Island at the Torino Underground Cinefest 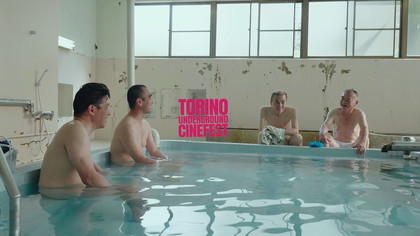 Dreaming an Island at the Torino Underground Cinefest

The screening was held on the 1st of October.

What would happen if everything stopped? If the wheels of the economy were to come off permanently? The Japanese island of Ikeshima is a place that seems to be ahead of its time, showing us a possible future. The few remaining inhabitants live in a surreal setting, clinging firmly to a normality that seems however to escape them. A dreamlike journey, which forces us to think about our relationship with the planet but also about social isolation and loneliness.

For its 9th edition, the festival event lasted for nine days – from the 27th of September to the 5th of October.

The 9th TUC will be held in a very important location for the Turin “Cinema” universe, which is located in the heart of the city, at the marvelous Cinema Ambrosio.

Cash prizes are awarded for the best feature film, best short film and best documentary. Also, special awards will be assigned to: best director, best actor, best actress, best cinematographer, best editor and best sound designer. The festival counts on the help of media-partnerships and cultural partners in the area.

Dreaming an Island competed in the Documentary section.