https://antibiotiqueaugmentin.com/augmentin-625-posologie/
The Present Simple Tense at the FIFE 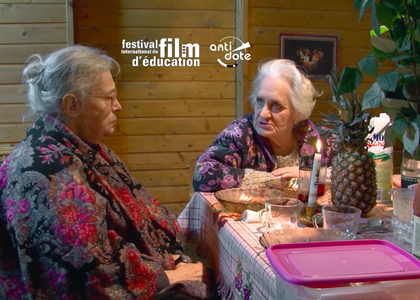 The Present Simple Tense at the FIFE

The Present Simple Tense directed by Dmitry Kabakov will be screened at the Festival international du film d'Éducation. The director of the movie will present the screening in person.


What binds a person to a certain place on Earth? What lets him say, “I'm from here, and this is my land?” What’s setting the boundaries of our existence? The film immerses us in the daily life of a village near Moscow, where local old-timers live side by side with immigrants from Tajikistan. How do the fences arise, then are destroyed and arise once again between cultures and people?

Each year for the past 17 years, the International Education Film Festival, which is organized over a five-day period in Evreux (Normandy) proposes a wide selection of short, medium-length, and full-length feature films, whether fictional, animated, or documentary.

The selected movies and their directors tackle major topics such as Education, Childhood and Youth, cultural and intergenerational transmission, and the fight against all types of discrimination, in the form of stories and experiences involving children, young people and grown-ups. The Festival also offers the possibility for young people to get involved in a great range of educational and cultural situations through the discovery and construction of images and stories. Several round-table panels and debates are organised during the Festival, involving movie directors and members of the audience. These provide a significant arena for discussion and the confrontation of different viewpoints. The Festival is thus a cultural space enabling the establishment of bonds between all the citizens concerned, as well as a space of invention open to all education players.


The 18th edition of the Festival international du film d'Éducation is taking place from 29th of November till 3rd of December.

The Present Simple Tense is competing in the Full-length Feature Film section.