https://antibiotiqueaugmentin.com/augmentin-625-posologie/
Inhale-Exhale wins the “Best Film of the CIS, BALTIC AND GEORGIA” award at the NATIONAL CINEMATOGRAPHIC PRIZE "NIKA" 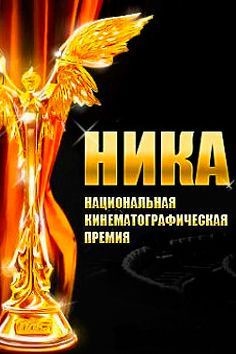 Inhale-Exhale wins the “Best Film of the CIS, BALTIC AND GEORGIA” award at the NATIONAL CINEMATOGRAPHIC PRIZE "NIKA"

Inhale-Exhale directed by Dito Tsintsadze wins the “Best Film of the CIS, BALTIC AND GEORGIA” award at the NATIONAL CINEMATOGRAPHIC PRIZE "NIKA"

A 37-year-old Irina, a doctor by profession, returns home after serving a long sentence in prison. At home her family, who isn’t really waiting for her, consists of an unemployed husband, a rebel teenage daughter and a younger son, whom she left at the age of one.
To start a new life and return to society, Irina has to earn the trust of people close to her and get at least some kind of work. She needs money to raise the children and solve her health problems. But despite the immediate difficulties, Irina refuses to go through a special course for psychological help, she also does not agree with a friend, who suggested that she turns for help to the priest.
Irina decides to join the state program for the rehabilitation of former prisoners, where she is promised to find a new job and is told that the cost of treatment will be covered, but instead is only offered to learn English and help with the writing of her resume.
Irina is trying to establish relationships in the family: she is looking for a way to talk with her teenage daughter, is actively involved in preparing the party of her youngest son, tries to convince her husband that she needs to work to start a new, full life.
She wanders around the city, to places she hasn’t been for five years, trying to understand how all these years other people lived. She closely studies every house, monument, billboard, inscription on the wall and every ad, inviting to learn the basics of yoga or offering to sell hair. Irina carries a bag over her shoulder everywhere, which she never opens...

The Nika Award is the main annual national film award in Russia presented by the Russian Academy of Cinema Arts and Science. It was established in 1987 in Moscow by Yuli Gusman, and ostensibly modelled on the Oscars. The Russian Academy Award takes its name from Nike, the goddess of victory. Accordingly, the prize is modelled after the sculpture of the Winged Victory of Samothrace.

The oldest professional film award in Russia, the Nika Award was established during the final years of USSR by the influential Union of Filmmakers.