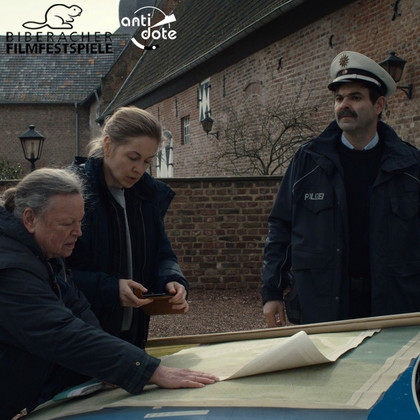 Mareike Wegener’s movie Echo is being presented now at the Biberacher Filmfestspiele.

The first screening was yesterday (3.11) and the next and the last one is held today 4 November at 20.45, Jupiter

Detective Harder takes on her first case after surviving a bomb attack during a police training mission in Afghanistan. The remains of a girl are discovered in a moor near the small German town of Friedland. But Harder's investigation falters from the outset - not least due to the discovery of a live bomb dating to the Second World War, which throws the Friedlanders and Harder herself into turmoil.

From the very beginning, the organizers of the festival have seen themselves as sponsors of young German filmmakers. Sponsorship includes awarding prizes and prize money to the directors of the award-winning films.

The Biberacher Filmfestspiele honors German-language productions in seven categories. In addition, an honorary prize can be awarded to outstanding personalities in German film.

Echo is competing in the Debut Feature Films program.