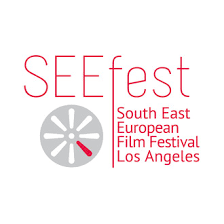 The Delta Of Bucharest - SEEfest (Documentary)

The Delta Of Bucharest written and directed by Eva Pervolovici will be shown at South East European Film Festival Los Angeles (SEEfest), (Documentary).

The history of a place, of the energy it gives off. In turn, monastery, prison, camp, natural park : the Delta of Bucharest becomes a « film space » where all the parallel lives materialize…

The 17th annual South East European Film Festival (SEEfest), co-presented by ELMA, the foundation for European Languages and Movies in America, is excited to bring you another stellar lineup. Presenting and celebrating the cinematic and cultural diversity of 20 countries of the Balkans and Caucasus, the film festival continues to provide a platform in the U.S. for the discovery of new talent from South East Europe.