Yang Ge was born and raised in China. At the age of 20 she moved to Russia and got accepted to VGIK (the Russian State University of Cinematography named after S.A. Gerasimov) where she studied acting and directing under the supervision of S.A. Solovyov. Yang Ge is the only famous Chinese film and stage actress in Russia for the moment. She had parts in the most awaited Russian movies. She also works as an actress at the famous Gogol Centre theatre whose art director Kirill Serebrennikov is known worldwide. For the wider Russian audience she is better known as a singer, since in 2017 she became the finalist of the ”The Voice" TV-show (The Voice of Russia 2017). She debuted as a director at the Moscow International Film Festival in 2018 where she was awarded the Special Jury Prize for her movie Nu 牛 UN. Not only was she the director of the movie, but the leading actress, producer, screenwriter as well as all the ST author. 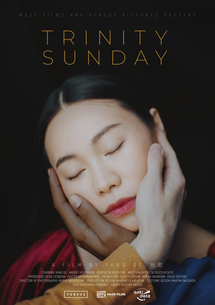