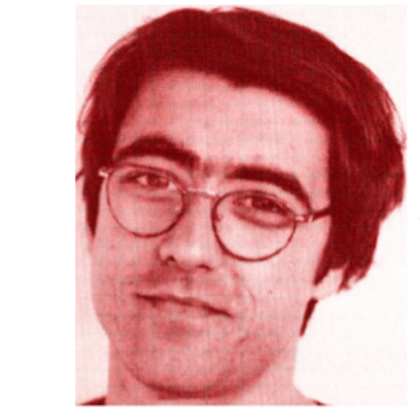 Born in 1981. Studied at the Escola Superior de Cinema i Audiovisuals de Catalunya (ESCAC) and graduated in Cinematography Direction. He complements his film training at the Escola Internacional de Cine i Televisión de San Antonio de los Baños (Cuba) and at the Universitat Ramon Llull, studying Digital Art.
In parallel to his training in the field of cinema, he created the musical group Mujeres (Sones, Canada), with which he released two albums and several ep.
The link and relationship between cinema and music is constant in his work. He participates in expanded cinema projects in analogue format such as Tejido Colectivo, which opened the Festival L'Alternativa in 2015. He also co-directs two live film shows, Funeral de estado with the Medievo collective, presented at the BccN festival at Macba, and Os meus shorts 3 with the musician Nico Roig, which premieres in 2016 at the TNT Festival (Terrassa Noves Tendències).

In his first documentary film AMATEUR proposes an intimate portrait of a small village in the
Aragonese Pyrenees. 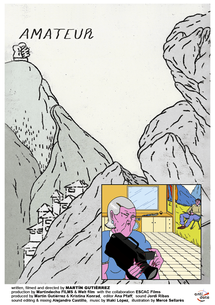