Tag Film was founded in Paris in 2019 as the result of the longstanding collaboration between Isabelle Truc and Enrica Capra, two successful European producers who have aligned, each in her CV, and often together, dozens of productions of high intellectual and artistic standards, selected by the biggest festivals and distributed all over the world.

Tag’s mission is to strongly affirm a vision of cinema and audiovisual as a fruitful and stimulating encounter between talents on the one hand - and their vision of the world - and the public on the other, which is less and less a passive receiver and whose orientations and research enter more and more in the conception of works.

to the culture of the Mediterranean rim. The film will be distributed internationally by Reservoir Docs (Anaïs Clanet), and theatrically in France by Esperanza.

In co-production with ARTE G.E.I.E. La Lucarne, Rai Cinema and RTBF, FROM THE PLANET OF THE HUMANS, by Giovanni Cioni is a visionary short-circuit between the present and the past on the border of Ventimiglia, which turns into a deep meditation on the collective dreams of humanity.

In development within the company, alongside Jérôme le Maire’s new documentary film, NOOR, which deals with the paradoxes of green energy by observing the progress of the largest solar power plant under construction in Morocco, THE CENTAUR, a documentary essay which goes deep into Primo Levi’s complex and contradictory world, in collaboration with Nick Ware, by Israeli talented director Tamar Tal.

Other documentary projects, meant either for theaters or for television audiences, are also in preparation, on subjects as diverse as assisted reproduction and the asbestos lobby.

Tag Film is also currently engaged, with the help of its specialized consultants, in the development of fiction feature film projects led by young French talents, a sector on which the company relies heavily and which, in the medium-term strategy of Tag, should occupy an important place. 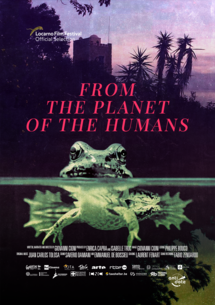