EMERA FILM is the brainchild of Rebecca Basso who, after a decade of experience in the production and distribution company Running TV, decided to create a company that mainly focused on video production and post-production, as well as the distribution of independent films. At Running TV, a broadcast distributor and independent producer, Rebecca gained experience in the production of documentaries, formats, videos and television program distribution. An experience that soon expanded towards filmmaking, creating a well-stocked library of independent films and distribution contacts for broadcast distribution.
The leap towards cinema theatrical release was easily made: in 2016, after producing her first cinematographic film, UNA NOBILE CAUSA (A Noble Cause), she found herself facing the challenging task of the distribution in theatres and chose to pursue self-distribution, coming out in over 40 movie theatres throughout Italy.
Building on this experience, while continuing to work on production projects, Rebecca specialized in thedistribution of independent films.
At this point she decided to establish her own company and create her own brand, EMERA FILM, which specializes in video production, post-production and film distribution, combining film releases with press-office coordinated activities.
Recently EMERA FILM produced the documentary film "BASSIL'ORA"; "SOLI, INSIEME" (Alone, together), the short film that deals with the hikikomori issue and soon distributed in national and international festivals; the MONGOLIA MOTORBIKE MARATHON documentary series (9 episodes of 26 minutes each) since 2019 on Italian TVs; it co-produced the short film ALEKSIA, winner in the short film section of the Rome International Film Festival and the only Italian short film at the Cannes short film corner 2019; it is the associate producer of the short film L'AURORA (The dawn), currently in post-production, and it is now developing the short films "LASCIAMI ANDARE" [Let me go] and "LA RAGAZZA DI UN ALTRO MONDO" [The girl from another world].
Despite being a newly-established company, EMERA FILM can count on many years of experience in the sector. 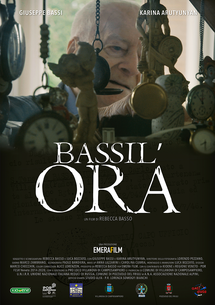