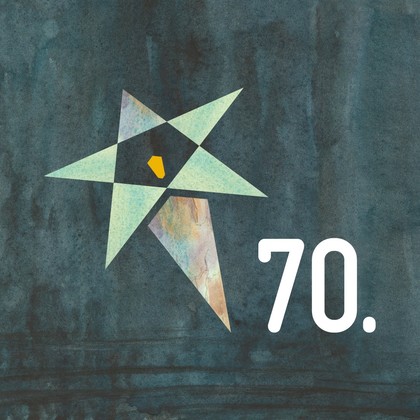 Lassù (Up There) written and directed by Bartolomeo Pampaloni got Jury prize at Trento Film Festival 2022.

Nino used to be a bricklayer and once lived with his family in one of the enormous council houses of Brancaccio, on the outskirts of Palermo.

Then one day, while he was driving his car, the sky split open and he was borne aloft towards the light. When he returned to his body, he was no longer the same.

Now – after about twenty years of residence in the old abandoned military observatory – he has completed work and  has finally decided to reveal himself to the world, opening his temple to one and all - a building full of shining naïf mosaics which one can hardly believe to be the work of this diminutive and introverted sixty year old, considered by most to be a harmless crackpot.

Is Nino alias Isravele, the author of the magnificent temple, a man deeply inspired by a superior vision... or simply a fool?

But, deep down, what is exactly – Art? Has it something to do with the divine? Is it a sort of mission, to which only few people suited can access through a ‘narrow door’?

And, in this secularized world - which place is left for the Artist?

This year the special section of the Festival offers a journey through time, exploring the great classics of science fiction and adventuring into the mysteries of the cosmos.