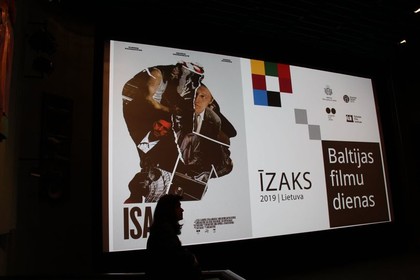 Isaaс written and directed by Jurgis Matulevicius will be shown at Baltic film days., in Splendid Palace.

The objective of the National Film Centre is to implement the national policy in the cinema and film industry and to administer the funds from the State budget intended for film industry.