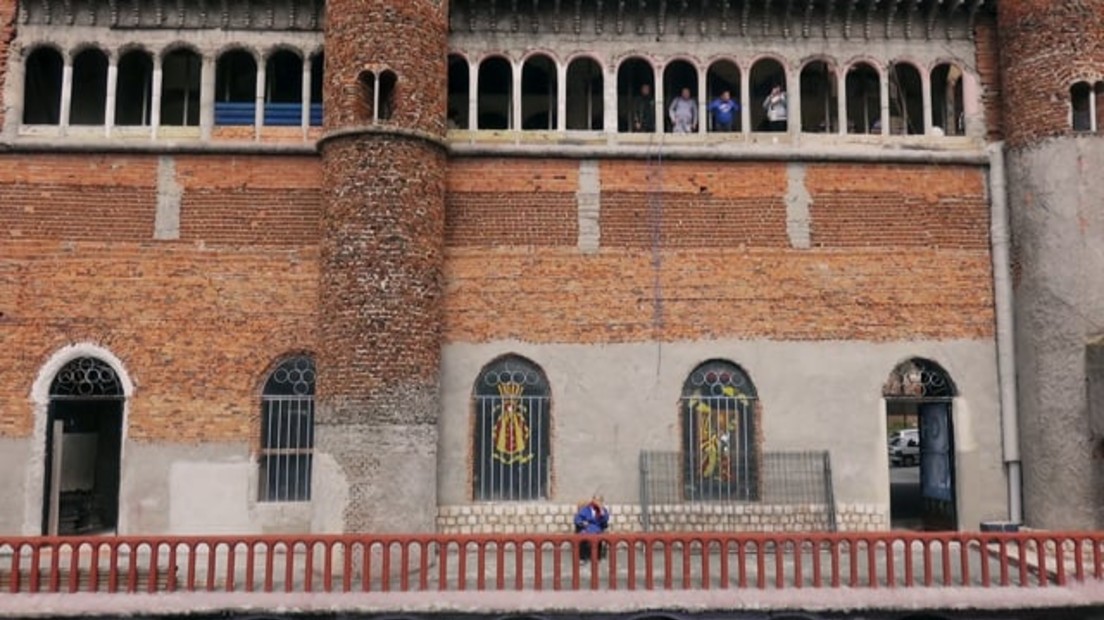 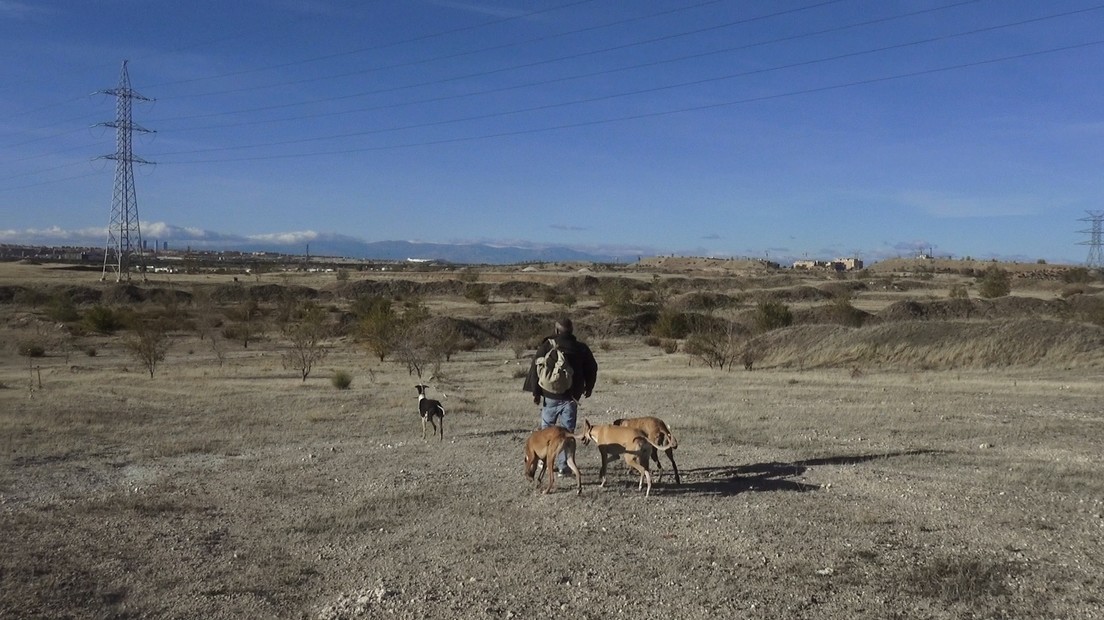 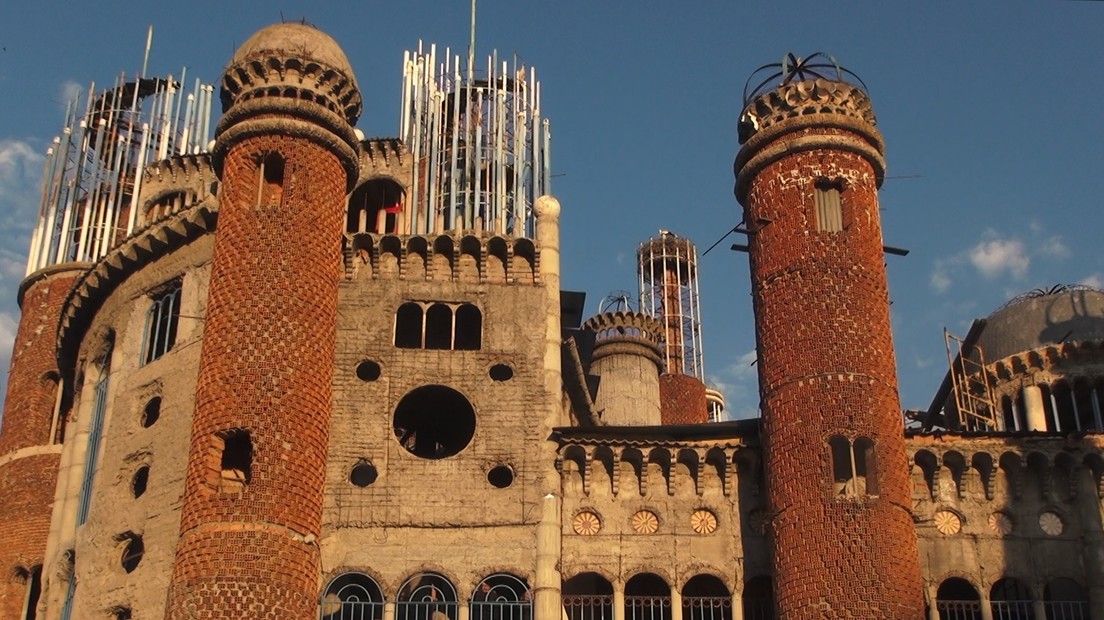 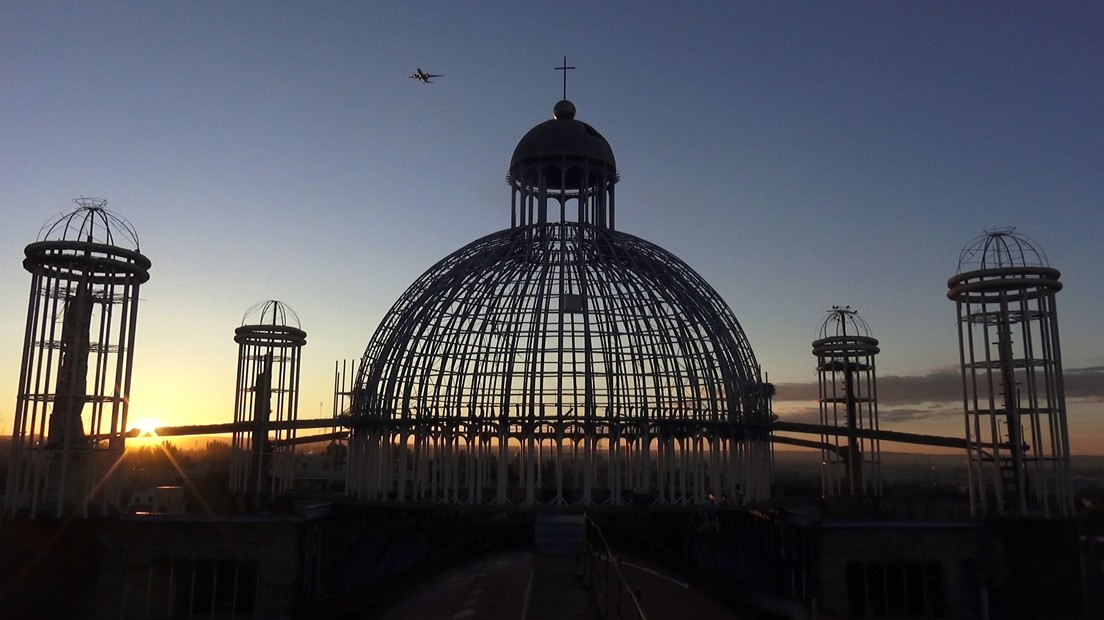 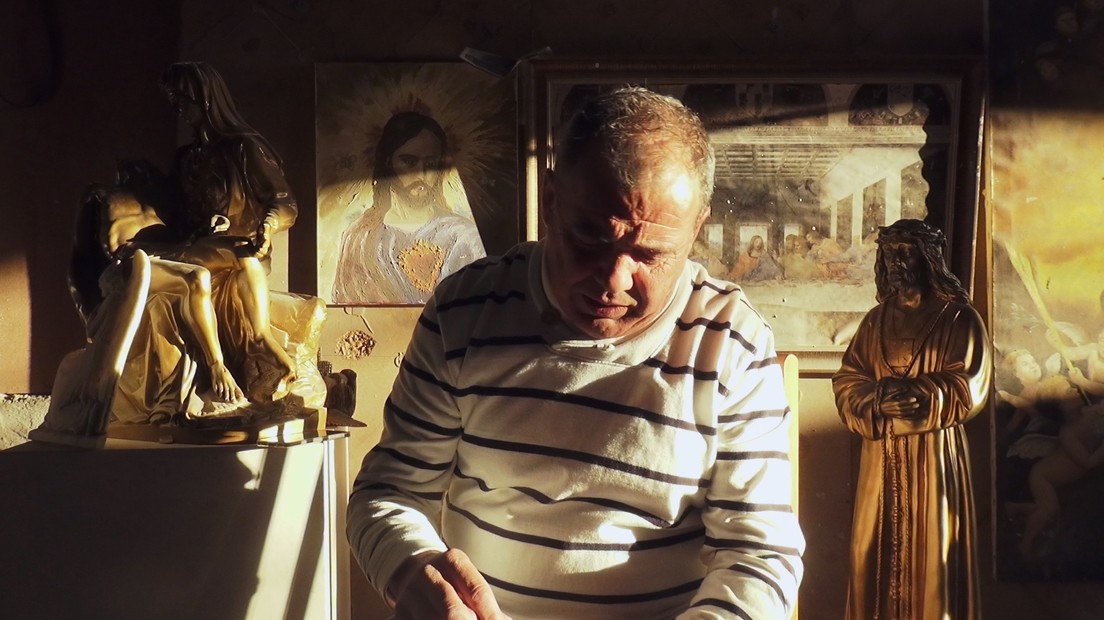 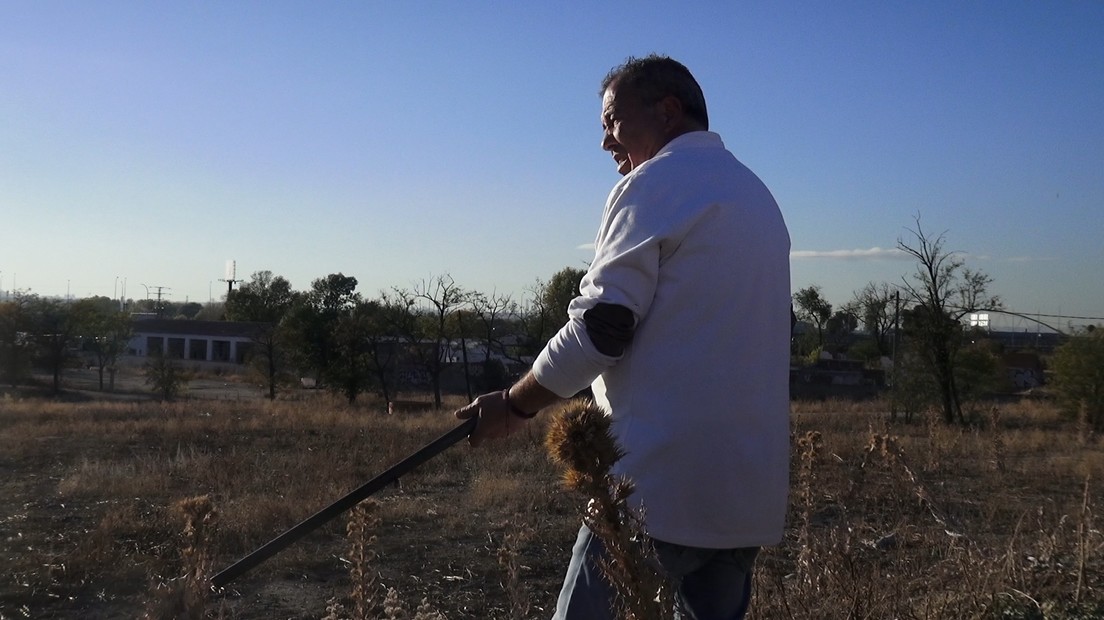 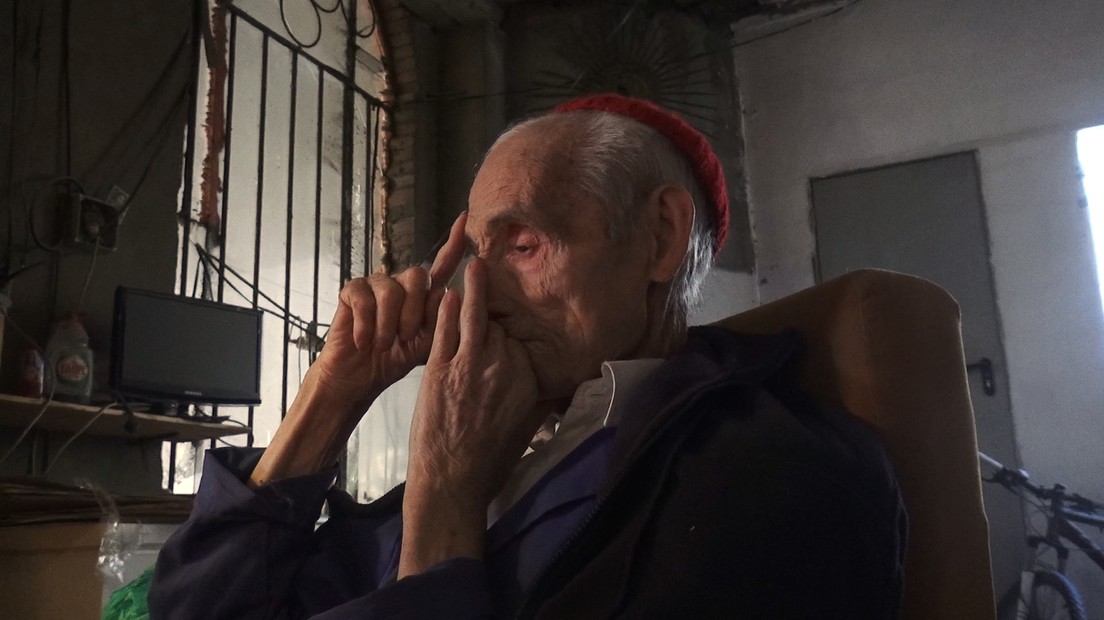 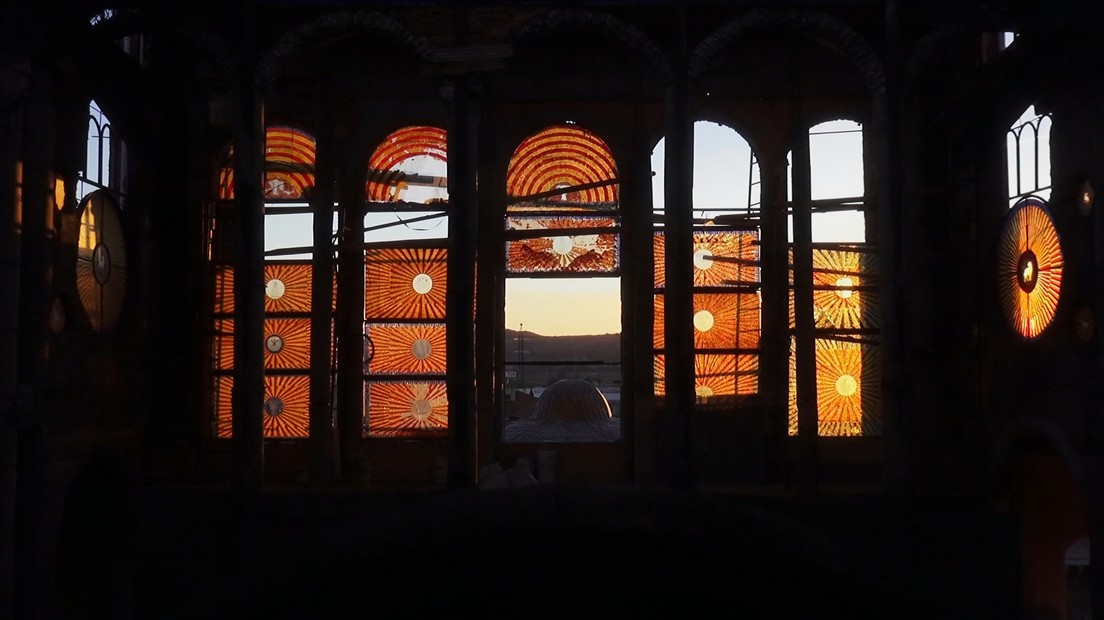 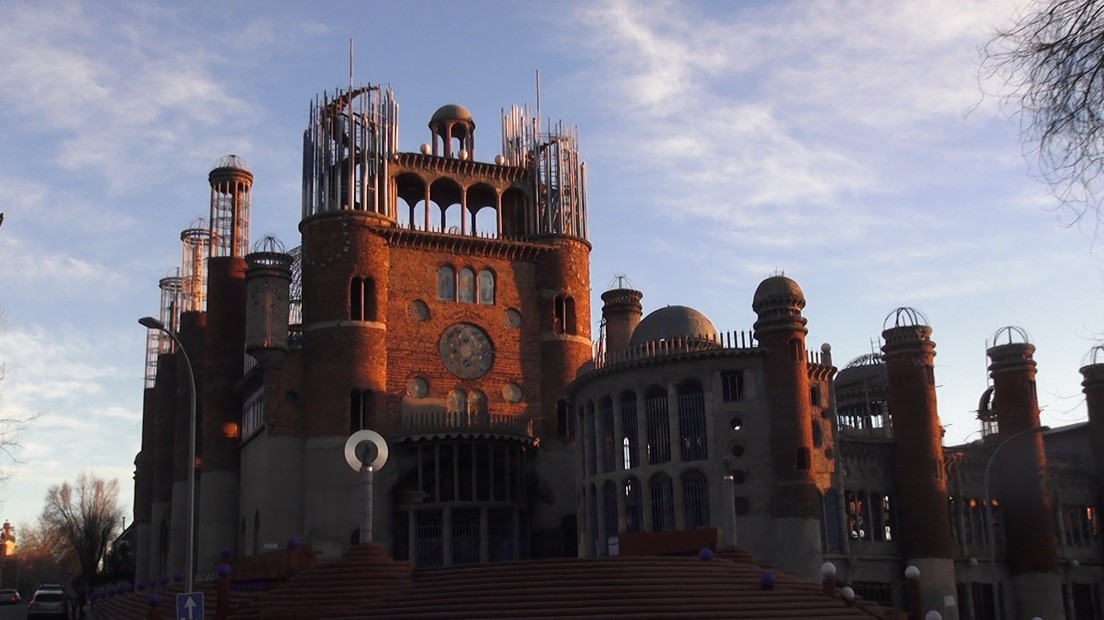 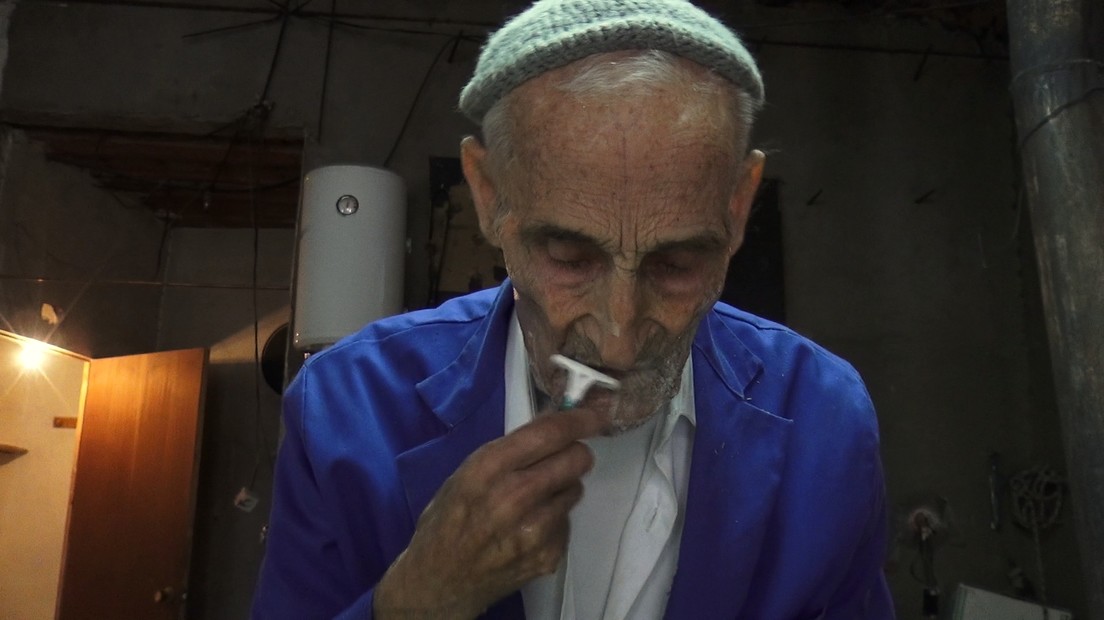 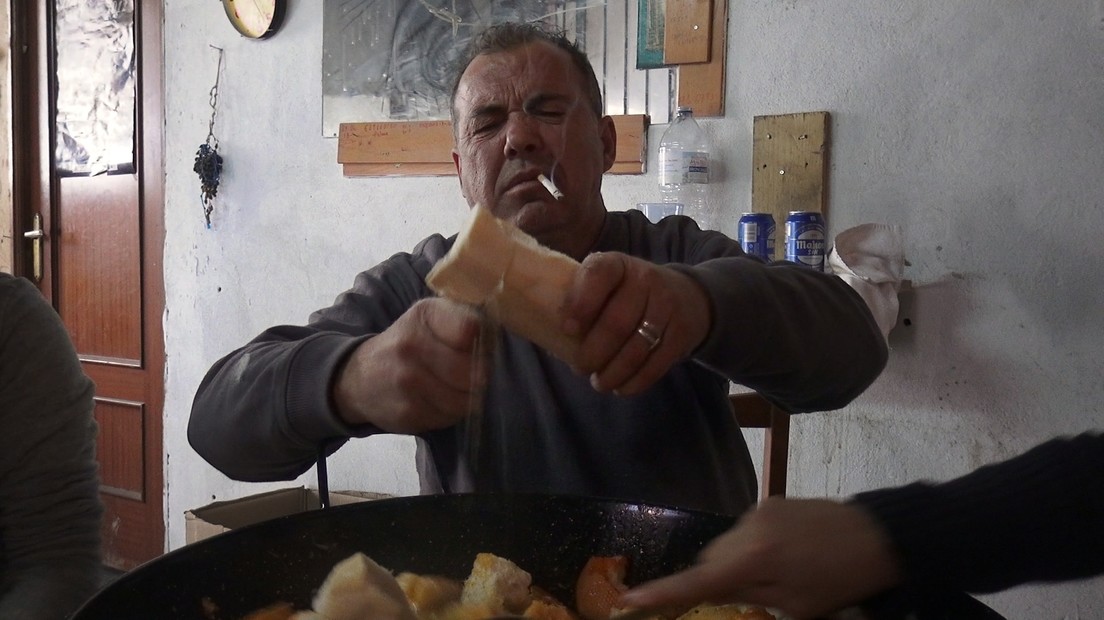 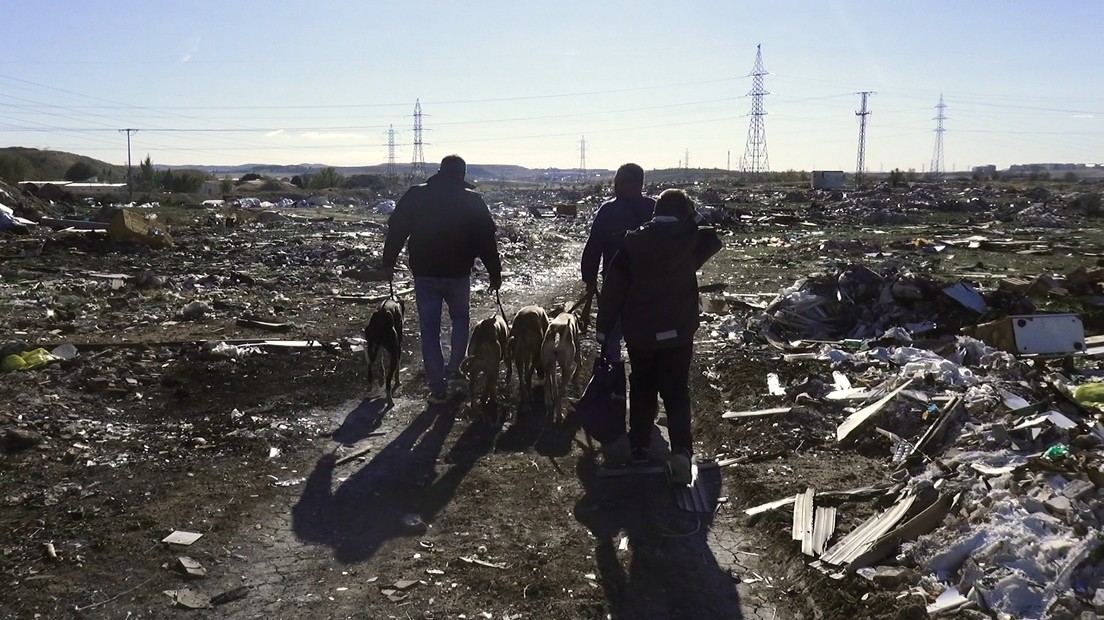 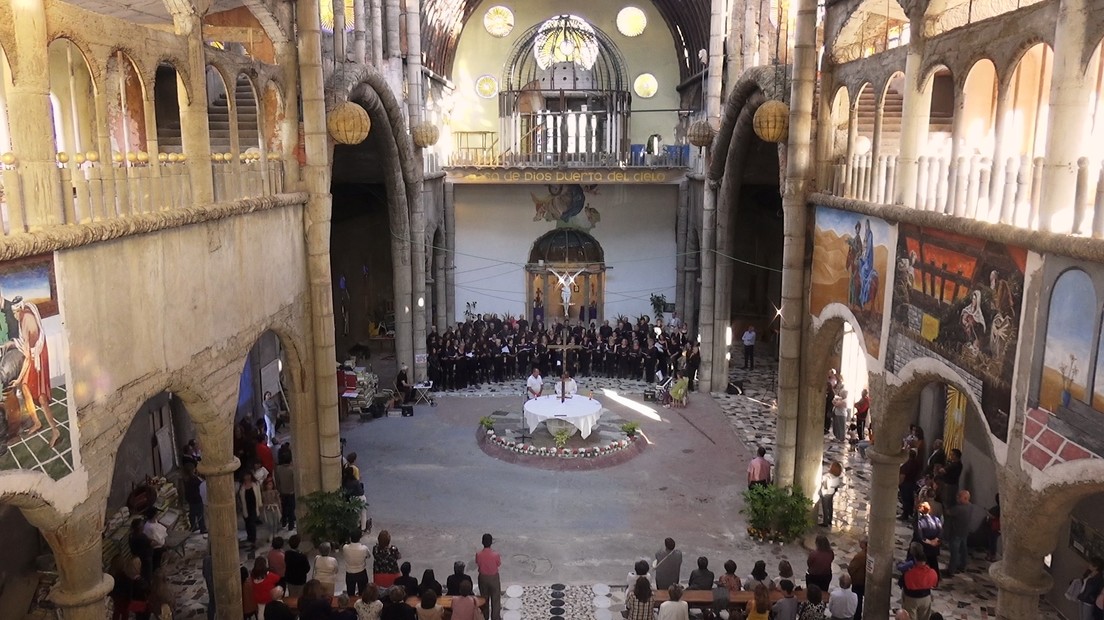 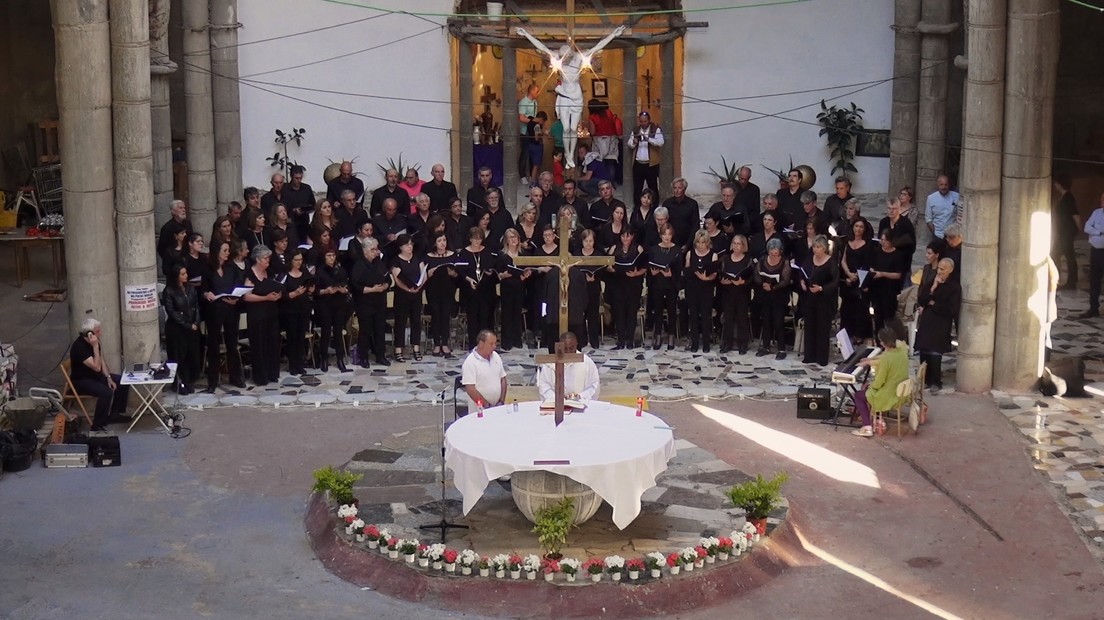 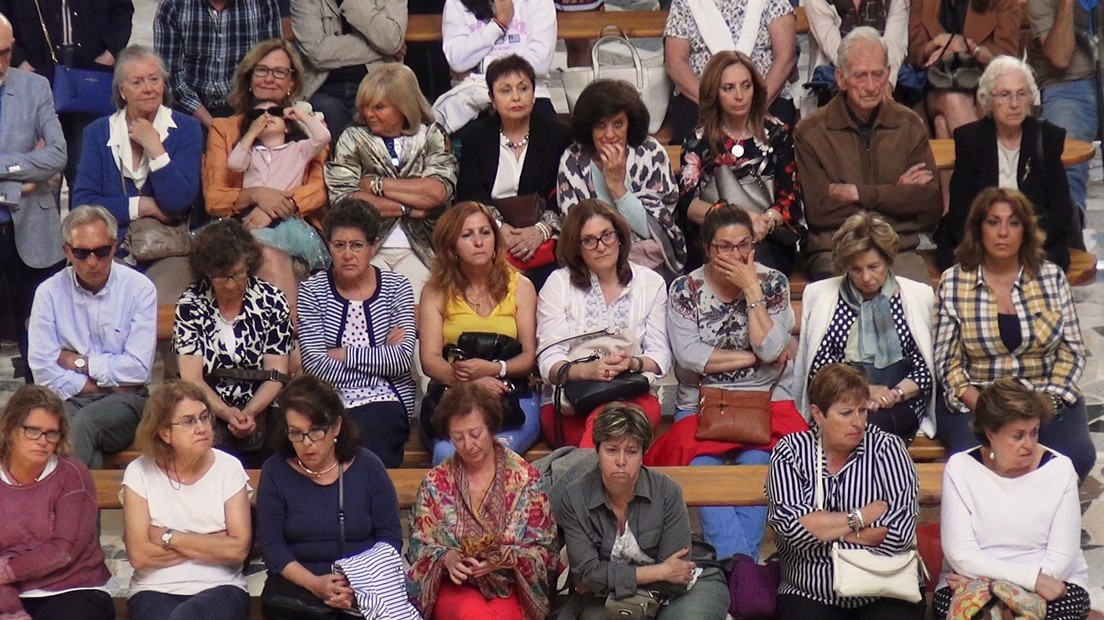 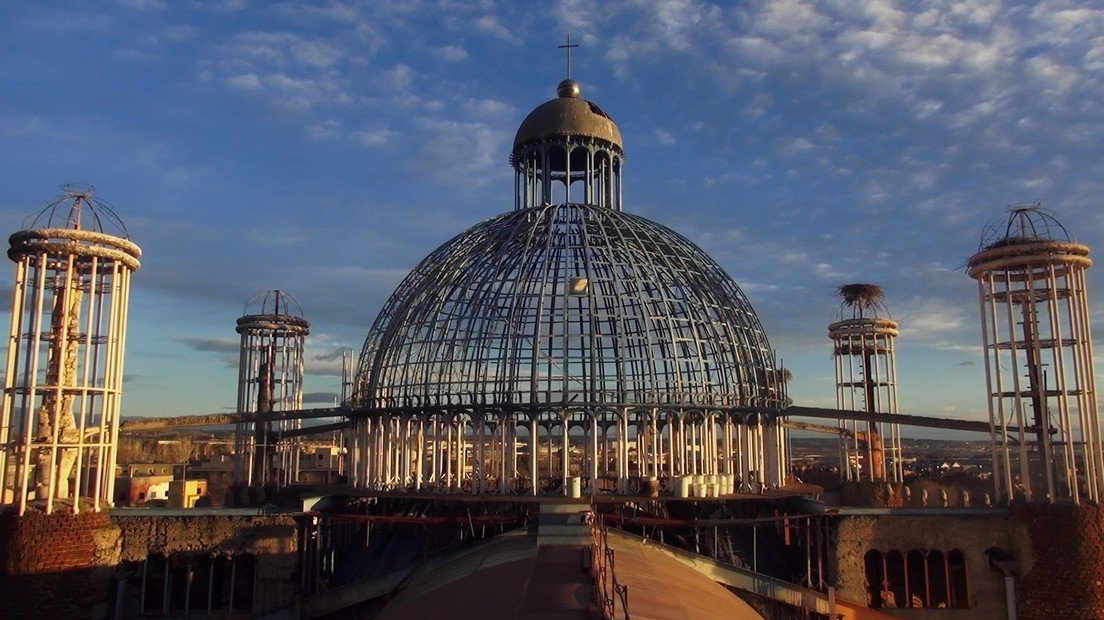 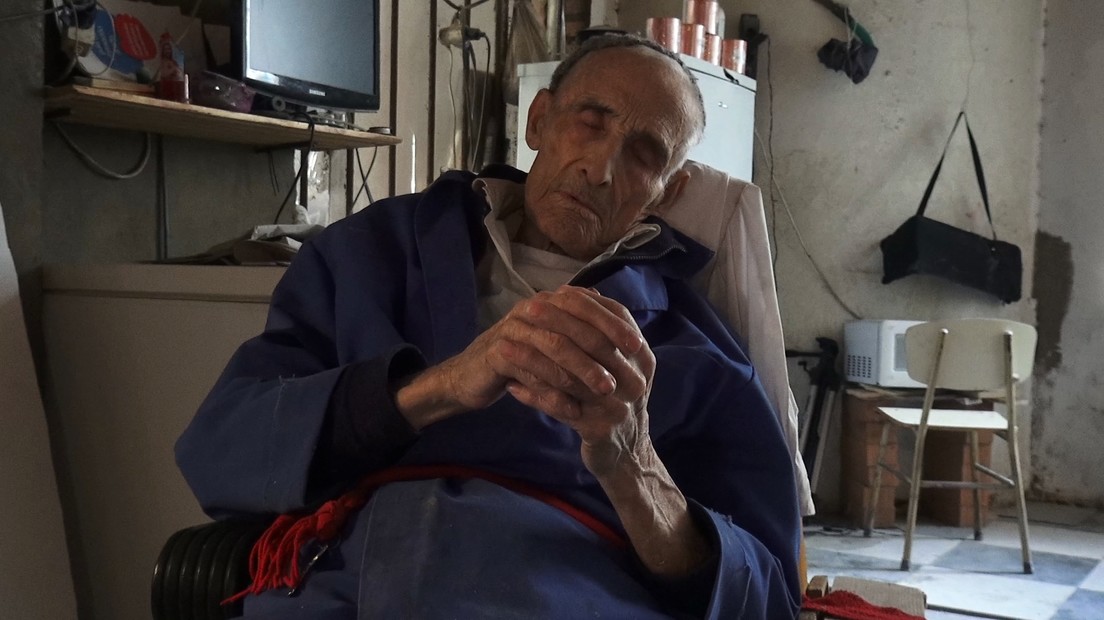 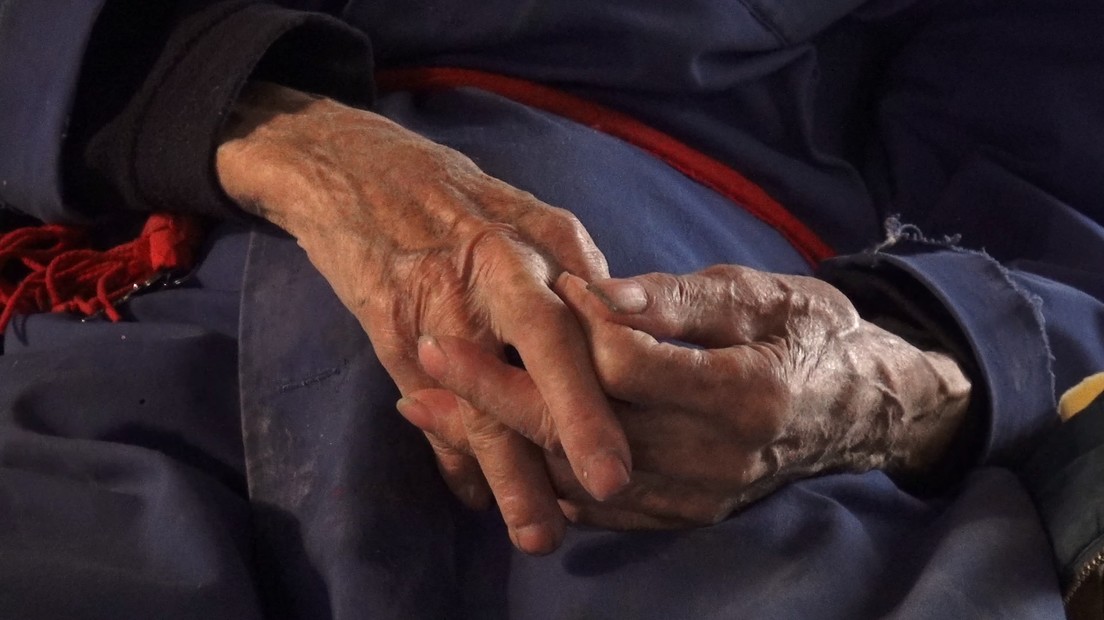 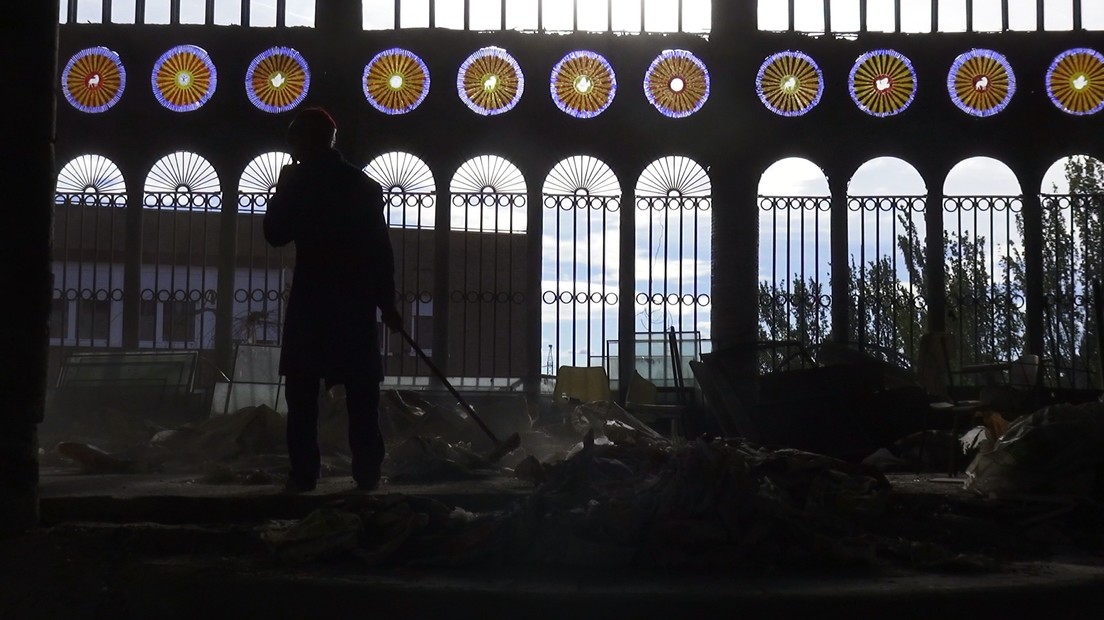 In 1961, Justo Gallego decided to build a Cathedral.Coupling the asceticism and the moral rectitude of the monk to the imagination of the architect and the dexterity of a bricklayer, Justo, at 93 years old, is the living embodiment of an unconventional spiritual path. By his side, Angel, a former gunner, has been helping him for over twenty years. The documentary portrays the day to day of this peculiar space in the outskirts of the big spanish capital. With strokes of surrealism, the story dives into the psyche of these two ambivalent characters that make up the bizarre microcosm of the “Cathedral of Faith”.

In 1961, after being expelled from the monastery where he had entered seven years earlier, Justo Gallego bought a booklet of castles and cathedrals and prepared himself to pave five thousand square meters on an inherited plot of land. He was determined to build a Cathedral honoring the Virgin of Pilar. Coupling the asceticism and the moral rectitude of the monk to the imagination of the architect and the dexterity of a bricklayer, Justo, at 93 years old, is the living embodiment of an unconventional spiritual path. Often considered the madman of the town, Justo has invested the last sixty years of his life in this project, turning himself into an outsider. After a life marked by rejection, he deals with his existential concerns through work, a constant in his life that he has placed above worldly pleasures, since he sees the devil interwoven in the bad habits of a society that does not understand him .His unwavering faith and little more than a piece of dry bread a day have been the only things that his now near decaying body has needed to raise twenty-four domes and eight towers forty meters above the ground over the last sixty decades.   Of a magnitude that takes one’s breath away, the Cathedral of Justo has been erected mostly with donated or recycled materials: wires, plastics, mountains of broken marble, sacks of cement and defective bricks from the neighbouring factory. It is a work of self-taught architecture, and in the eyes of some, a ruin under construction.

By his side, Angel, a former gunner, devout hunter addicted to risk and tobacco, has been helping him for more than twenty years. He lives with Justo in the Cathedral, building, feeding him and caring for his old-age needs. A figure that oscillates between sinner in search of redemption and a devout Christian, Angel is the heir assigned by Justo to finish the work.

The documentary portrays the day to day of this peculiar space in the outskirts of the big spanish capital. With strokes of surrealism, the story dives into the psyche of these two ambivalent characters that make up the bizarre microcosm of the “Cathedral of Faith”.

Built on the grounds of fervor and divine inspiration, the Cathedral is almost a miraculous delirium. As of today, it is lacking all  the necessary regulations to be recognized and supported by the Catholic Church or the local Town Hall. This silent scream, embodied in the cement walls resonates in a multitude of directions: it is a space that hangs from a legal limbo waiting to be rescued one day as a future space of worship, it is a house, a self-managed tourist attraction and a magnanimous offering to God of a devotee who defies contemporary agnosticism.

The documentary builds a faithful image of the microcosm that we find in this unique space, a palpable demonstration of love towards Christ, that stands at the same time as divine offering, as a miraculous delirium, as a tourist attraction, as a ruin and as a future space of worship that still hopes to be recognized by the ecclesiastical institution. The fact that it is a project that is driven primarily by Justo but that has inevitably extended beyond him runs through the entire documentary. What happens when a man with the right intention, willing to discard his ego and sacrifice his entire life to glorify God encounters a society that does not understand him? What position does the person which renounces everything that is not the Gospel, take? Where does the surrounding society place him and how does it contrast with him? How can a human being have the drive to carry out a project of such magnitude? What does it mean to seek purity and holiness, today? The documentary deepens beyond the history of the work and its main architect, Justo, thus transcending the linear informative documentary, and questions and interrogates through the camera, coming to understand the meaning of his work, the ideals that drive it and the relevance it can have in a contemporary context, where spirituality seems to be in decline.

The search for God may be the most travelled path by man. The awareness of something greater than our small existence has coloured the history of mankind. In the construction of the Cathedral of Justo we find an example that goes beyond the limits of our contemporary habits: it not only attracts us to this great forgotten question, but it manifests it in all its glory.  The observational nature of this documentary is centred on the exploration, from an absurdist and tragicomic point of view, of how the great existential question that invades man can propel Justo to project his life in this way. The presence of Angel in this space provides the necessary counterpoint to Justo, thus completing the anthropological and traditional portrait of this deep inquiry of man, which inevitably finds death in its resolution.

Nourishing ourselves with the symbolic weight which cathedrals have had throughout history, we propose the space that this singular work occupies as a stage in which different layers develop, giving the viewer access to the space and the daily life of the characters that configure it. The different external elements and characters that appear in the film fortify the three central characters who exist in the fringes of society - Justo, Angel and the Cathedral-, trying to measure the impossibility of their life project and exploring the moral code of Christianity that unites the characters and in turn shows the tensions and contradictions separating them.

Using elements of both observational documentary and postmodern cinema, this audiovisual piece reflects our perspective on the Cathedral. The use of a compact camcorder allowed us to approach the characters in a very intimate way, offering the audience the possibility of entering the Cathedral space and the psyche of its characters. The documentary proposes a cinematographic space where Justo’s Cathedral becomes a non-place oscillating between reality and fiction, and uses narrative techniques that are common of fiction to portray the emotional arc of the characters, although never abandoning the observational approach. 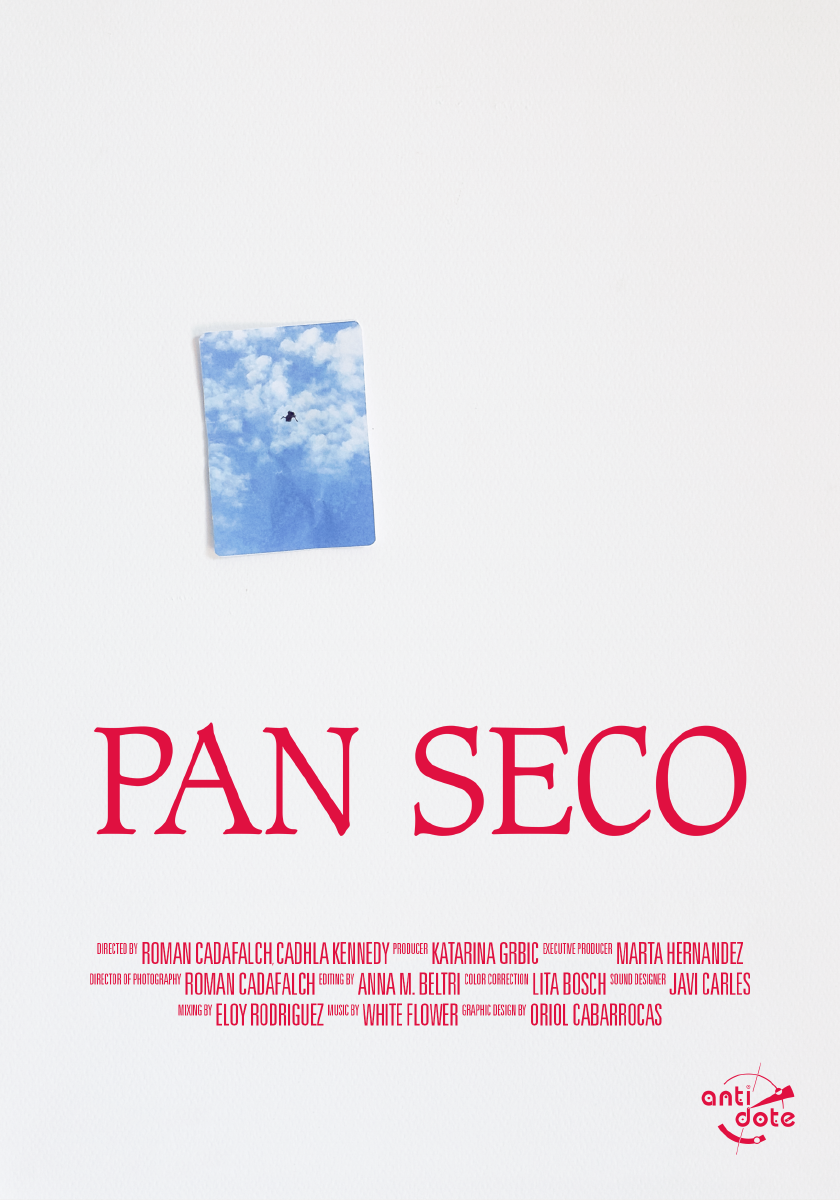