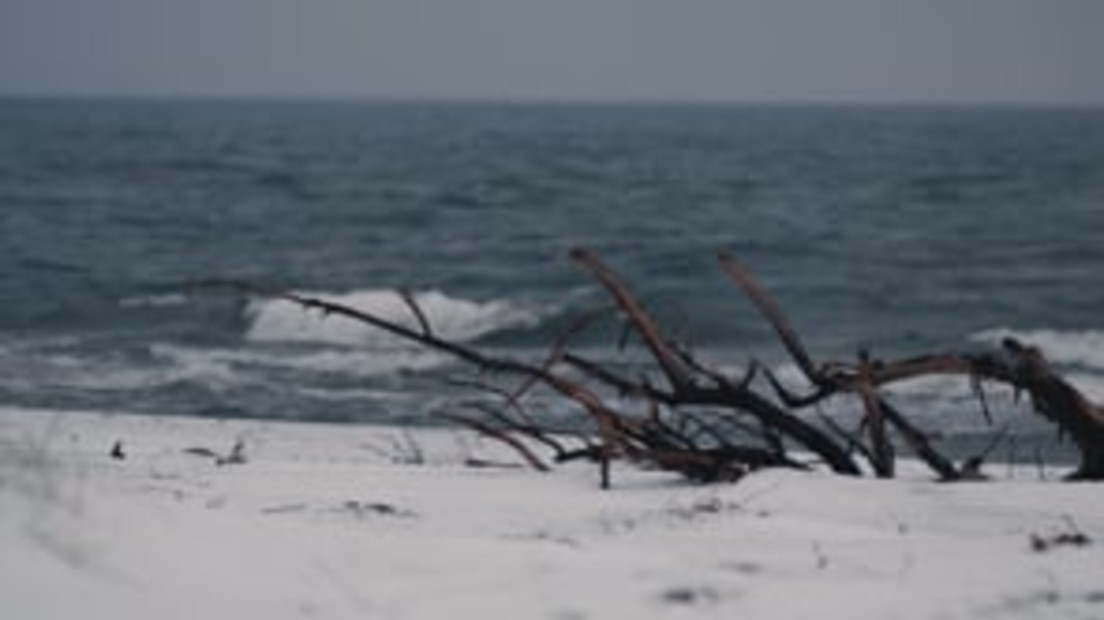 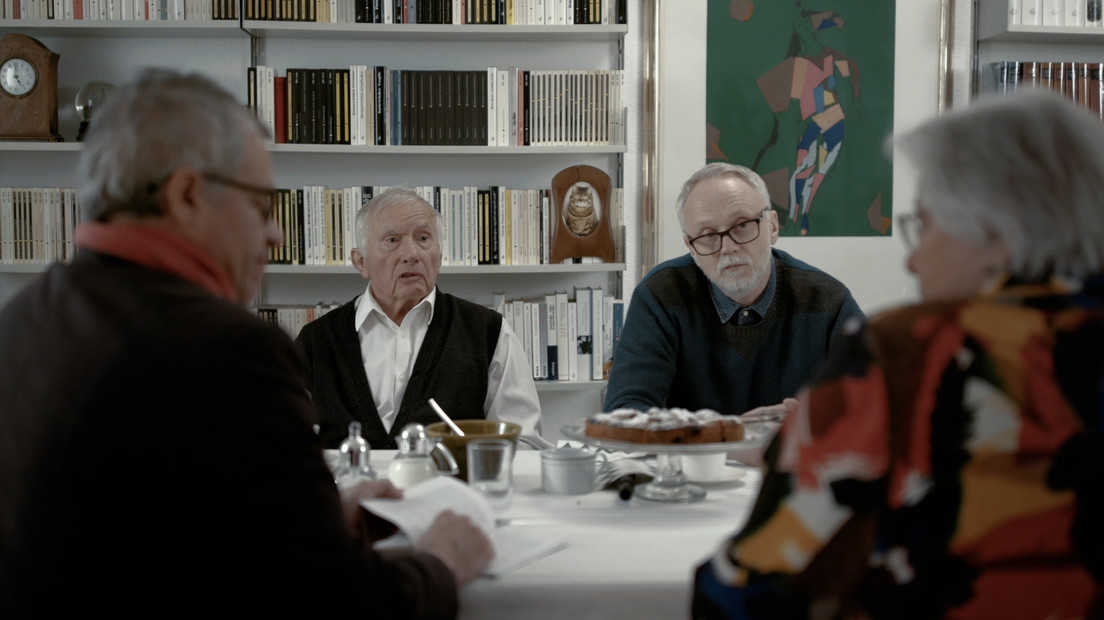 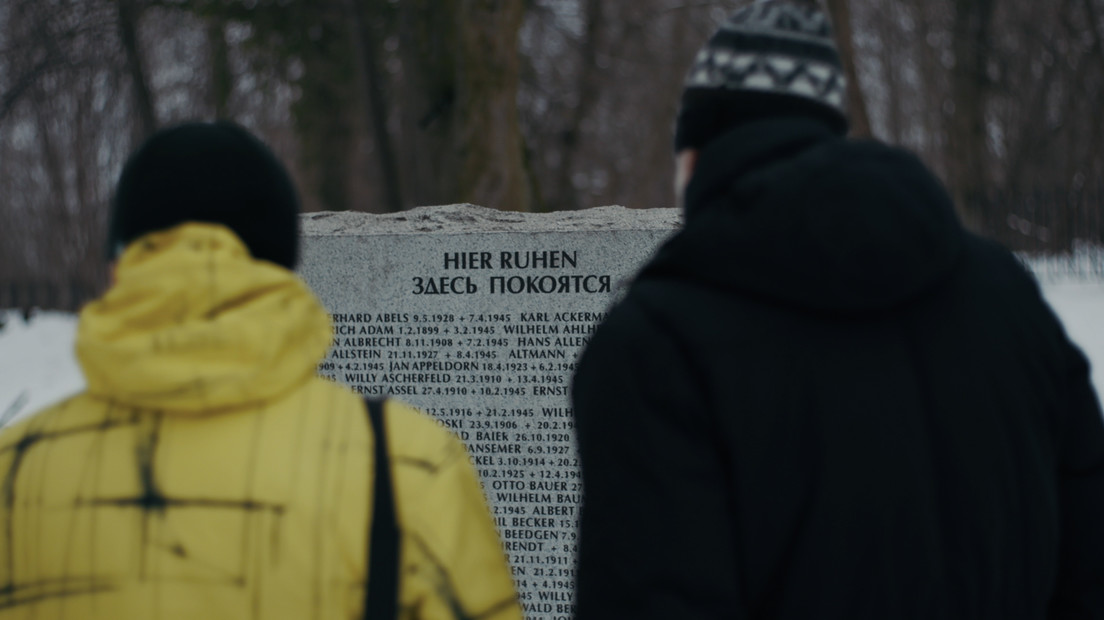 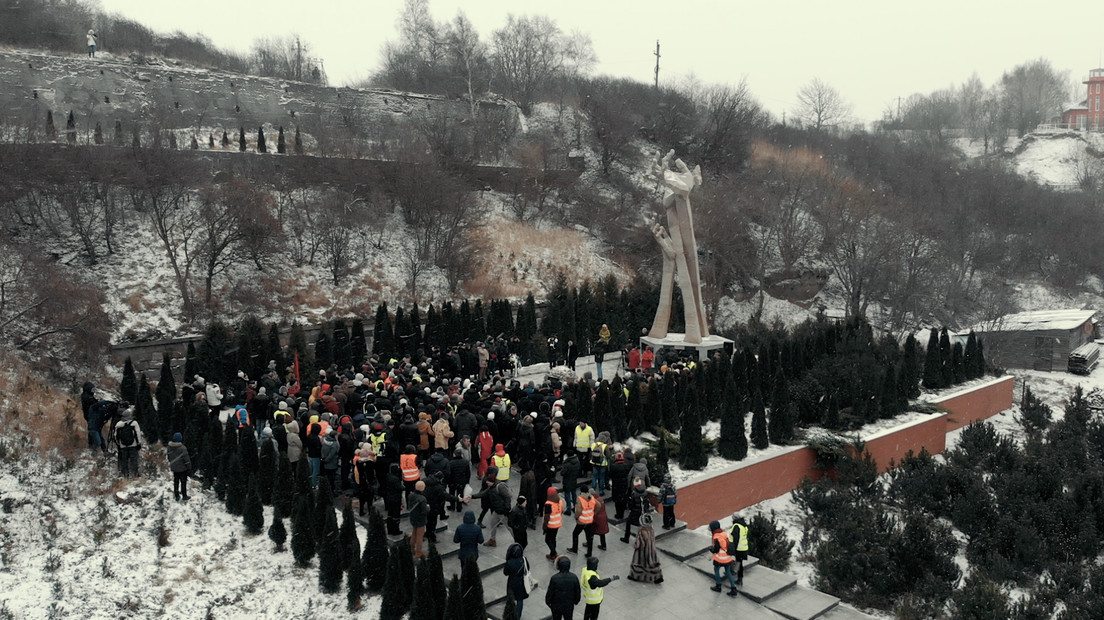 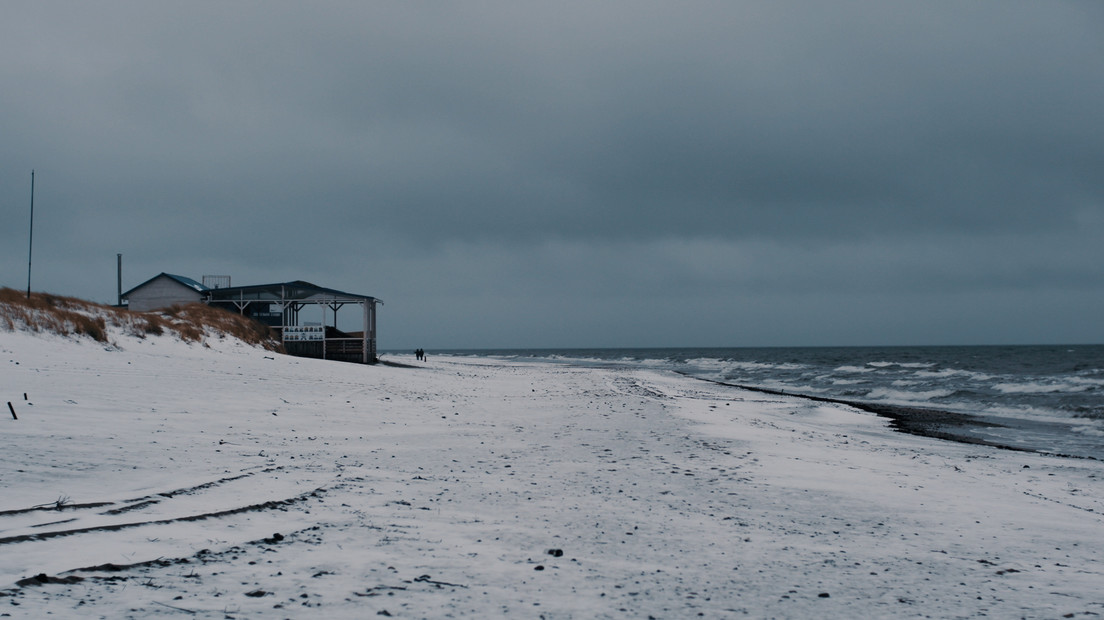 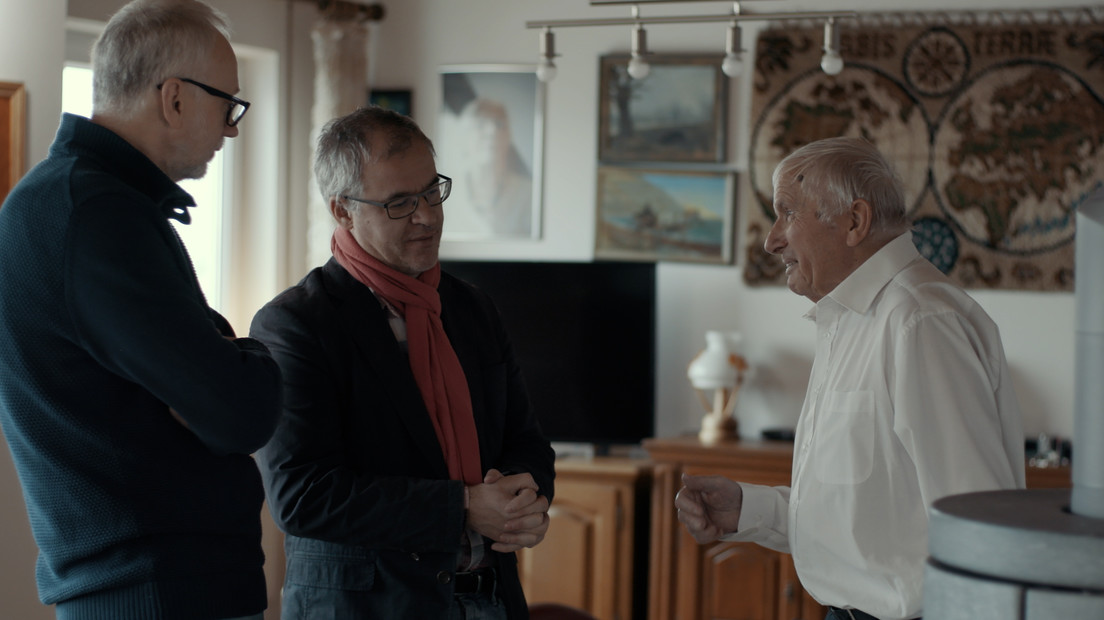 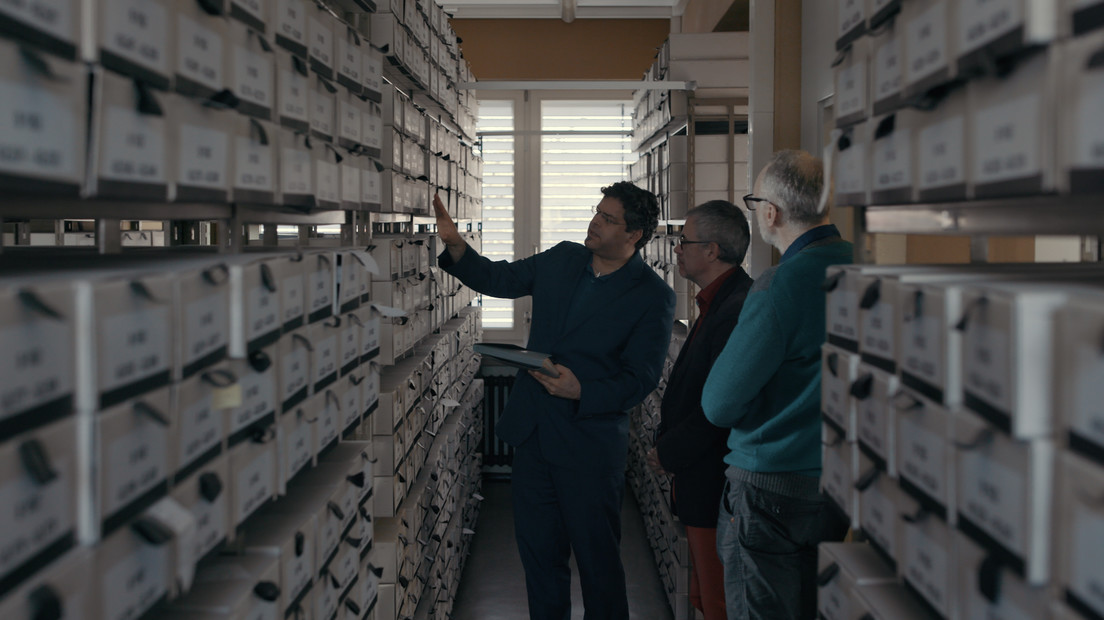 On the night of January 31, 1945, in the town of Palmnicken in East Prussia (now the settlement of Yantarny, Kaliningrad Region, Russia), Nazis shot on the seashore about 3,000 prisoners of the Stutthof concentration camp, mostly women and teenage girls. The advancing Soviet troops reached the execution site just one day after the execution.

Three main characters of the film – Martin Bergau who was a member of the Hitler Youth in February 1945; Gunter Nitsch, an American writer of German descent; and Simcha Koplowicz, a descendant of the surviving prisoner Sheva Koplowicz – are recalling this story before our eyes.

On the night of January 31, 1945, in the town of Palmnicken in East Prussia (now the settlement of Yantarny, Kaliningrad Region, Russia), Nazis shot on the seashore about 3,000 prisoners of the Stutthof concentration camp, mostly women and teenage girls. Before that, approximately 2,000 prisoners were killed on the march from Konigsberg to Palmnicken. The advancing Soviet troops reached the execution site just one day after the execution.

The main character of the film is Martin Bergau, a former resident of Palmnicken. In February 1945, he was 16 years old. He was a member of the Hitler Youth. Along with other boys of the 8/43 troop, he was involved in the execution – he “regulated the shooting line”. Throughout his life the story of the Palmnicken Massacre haunted him. In 1994, his book “The Boy from the Yantarny Coast” was released. Therein he describes the shooting on the seaside.

Gunter Nitsch, an American writer of German descent, who now resides in Chicago, describes how the soldiers of the Red Army, who entered Palmnicken on April 15, 1945, stumbled upon the mass grave of the executed prisoners. During the war, he ended up in Palmnicken with his family. Nitsch’s grandfather was one of the people who in winter, on instruction of the Soviet liberators, dug out the remains of the Jews with his bare hands. Before his death, he remarked: “I didn’t think Germans were capable of such a thing.”

Criminal prosecution that was initiated in 1958 by the Prosecutor’s Office of the Federal Republic of Germany, as well as Soviet investigation materials, also tell of the Palmnicken Massacre. In 1965, former SS Obershareführer Fritz Weber was detained in the city of Kiel. He commanded a column of prisoners that were shot on the way to Palmnicken and along the Palmnicken beach. Instead of waiting for his trial, Weber committed suicide in his jail cell. There was no trial for him.

Bergau, a participant and witness of this tragedy, tells us of the house where he lived and the school where he studied. It was the same school where, in 1938, he was solemnly accepted into the Jungvolk, the younger group of the Hitler Youth. Memories of childish pranks and school games are mixed with the terrible details of the events of the 1945 winter: he tells of a woman who was killed by guards right on the doorstep of his house, of the "hunt for escaped Jews" that was announced by the local burgermeister, and about younger self who lined up the captured Jews to be shot in the yard of the Palmnicken amber factory. Is Martin destined to find peace of mind at least at the end of the life that had begun so tragically?

Nowadays “March of Life” is organized by the Kaliningrad Jewish community at the end of January in memory of the tragic events. Gunter Nitsch and Simcha Koplowicz, a descendant of the surviving prisoner Sheva Koplowicz, meet at the March. Together they walk this long way towards the seashore.

Press
"Works of art help to remember tragic events in people's memory. When people see it, something in them changes and turns over. Like the film that is being made now, it's about that"
Mikhail Shirvindt
Notes from the director

For me, this film began in the summer of 2016, when I met Kaliningrad journalist Alexander Aderikhin and learned about a very strange story: allegedly, on the night of January 31 to February 1, 1945, several thousand people were shot by the Nazis on the Baltic Sea coast. At the time of our conversation with Alexander, witnesses of these events were still alive, but there were no traces of murder. A mass grave has disappeared – a mass grave of Jewish prisoners shot by the Nazis. Moreover, many locals believed that there was no Palmniken massacre and all this was invented.

I didn't try to prove with the film that it was. I wanted this to never happen again. I wanted to talk about the nature and the banality of evil. About what to do when the Motherland demands to kill. About people for whom killing was "just a job."

Unfortunately, since the moment we started making the film, the world has changed unrecognizably. But I am sure that this story not only has not lost its relevance, but has become even more necessary for this "brave new world". 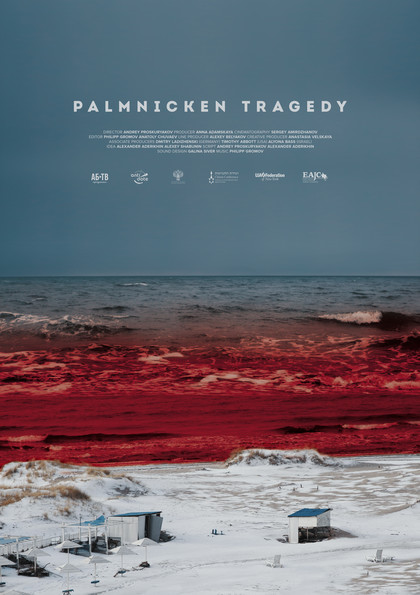