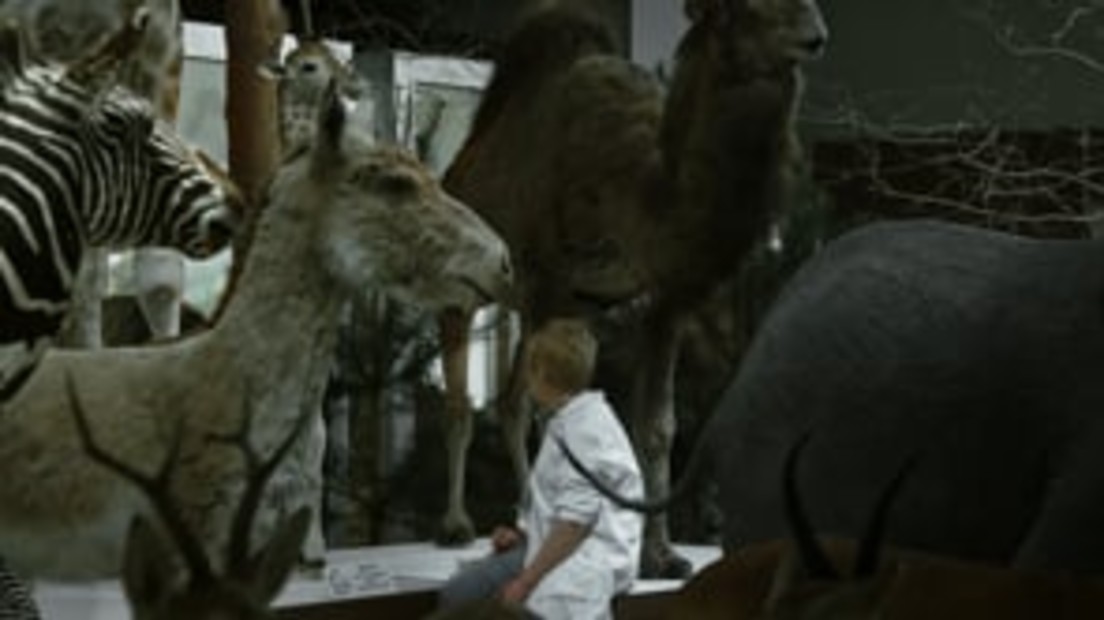 A film about masters of stuffing animals who try to bring the beast back to life – to restore life where it no longer exists.

A taxidermist, a deer farmer and a zoology museum worker live in the surroundings where the line between reality and artificiality has almost become imperceptible. While the dead beasts compete for the most vivid posture and the most real look in their eyes, the human keeps trying to stop the time and bring back life to things in which life has long been absent.

In the current era of re-creation and re-design, taxidermy as a craft reflects one of the major social conflicts. Can we restore and re-create everything? Can we bring life back to something that is dead? This is a story where deer and alligator dummies are hunted in forests. The dead beasts here compete for the best posture and the most vivid gaze. And the human is always trying to stop the time and bring back life to the things in which there is no life anymore. The conflict between the human and nature, humanity and animality, reaches the apogee in one of the finale scenes. As a result, the stuffed animals become the metaphor of human perception of nature, other human beings or even themselves. You may even feel that the animal is the main protagonist of the film. It touches deep philosophical issues and it is universal in the sense of audience. The film follows a voyeuristic gaze by materializing the objects that the camera turns to. It’s like a contemporary observer, clipping his field of vision by clearing away the unnecessary details. The composition is reminiscent of Soviet postcards, in which reality was never true. However, beyond the objectified space of the frame, as if another world opens up – a parallel reality, where the film plot is unfolding. It is somehow fascinating that people are killing nature and then trying to create life again. To keep something that is already gone.