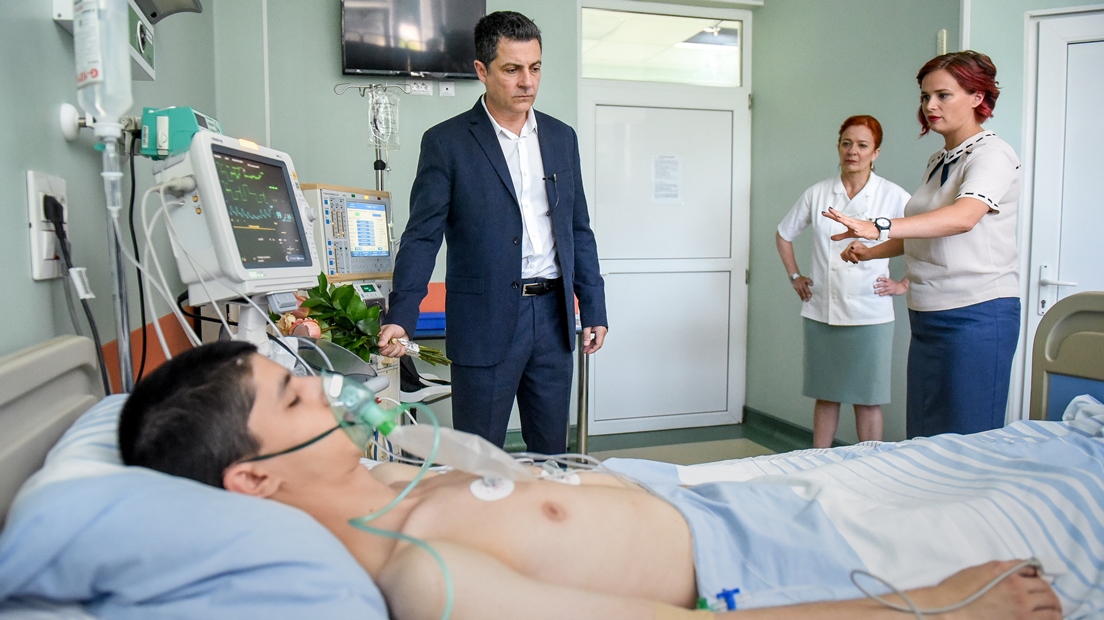 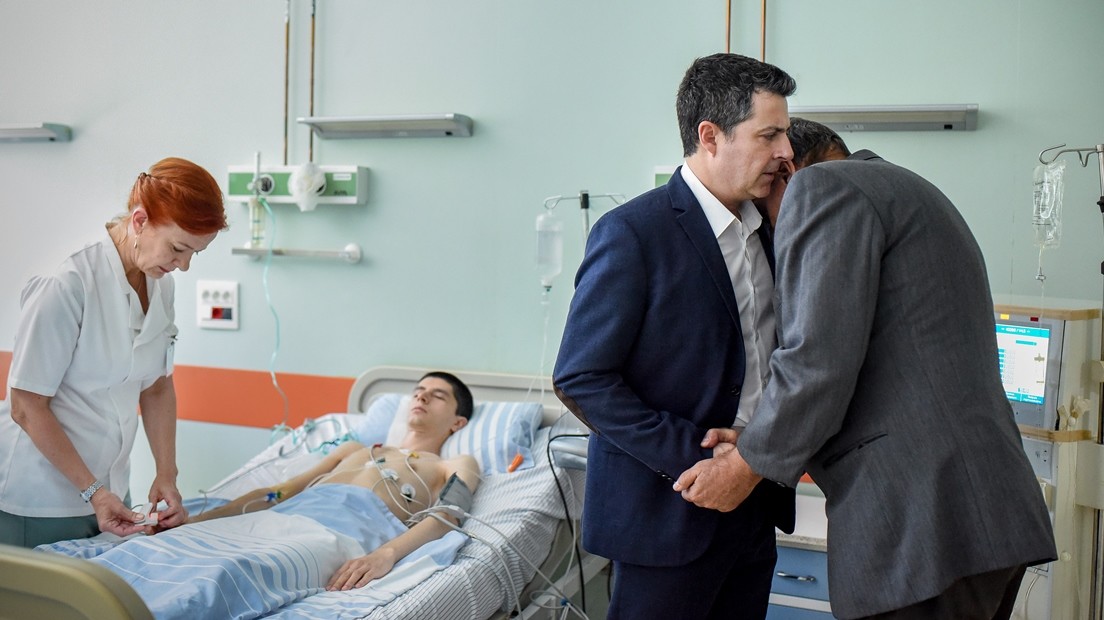 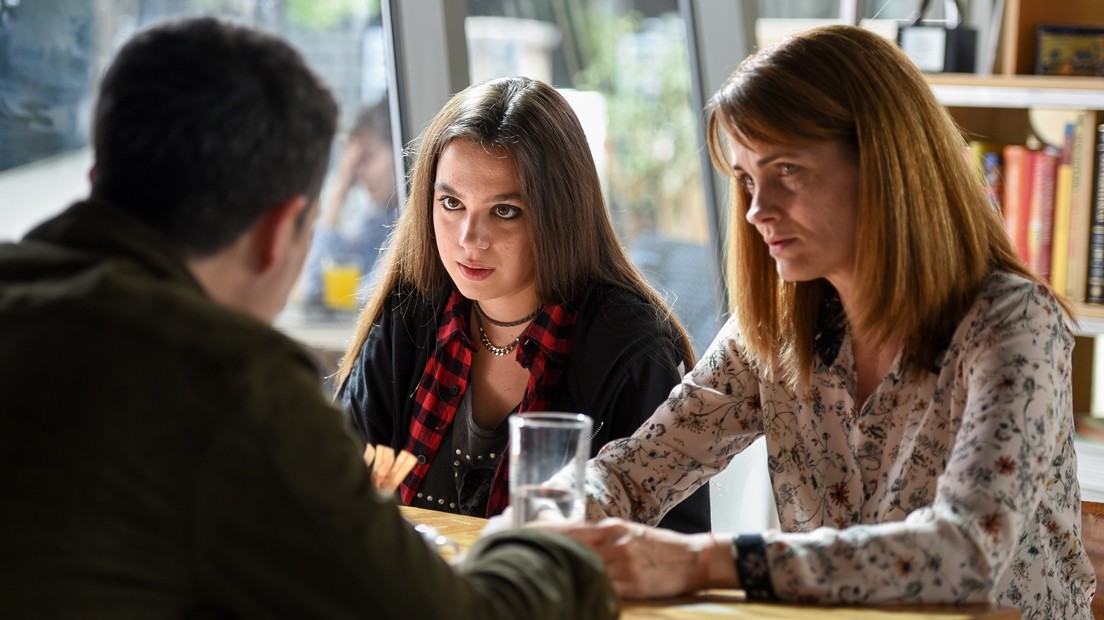 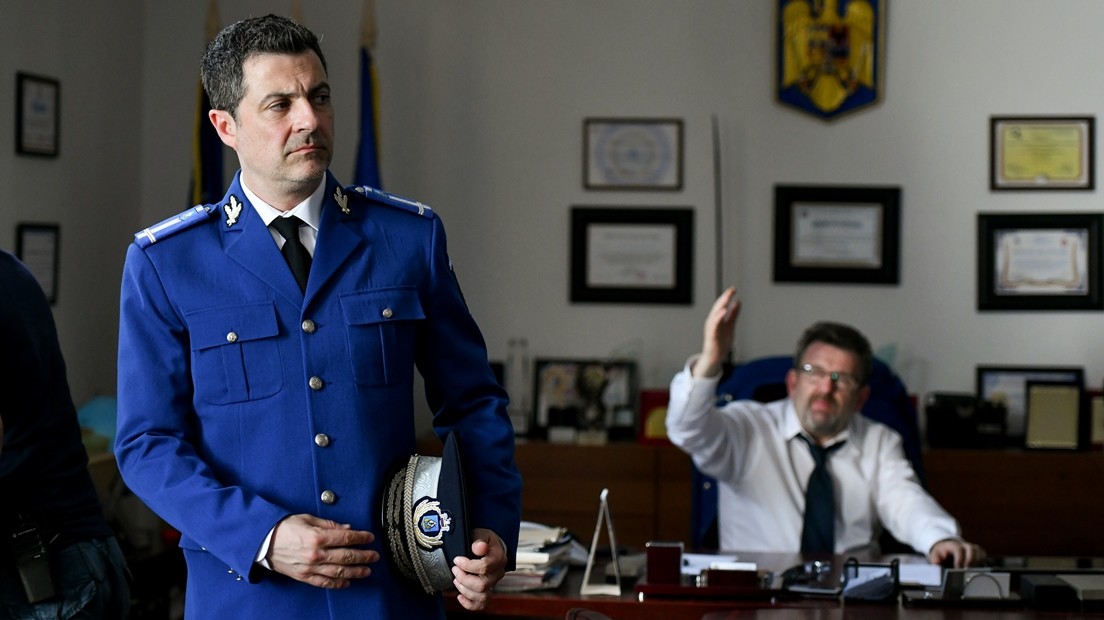 A cinema in Bucharest screened a controversial film about two lesbians who form a couple. Minutes into the film, a few members of the audience stood up, vehemently opposing the gay community. The press accused the Gendarmerie for not intervening to end the conflict. The film focuses on the destiny of the man who led the gendarme team, Nicu Holban, in the action at the museum, through an investigation by Liliana Calomfir, a young journalist known for her unusually daring reporting.

The story of the film was born out of the intention to delve into concepts such as “truth”, “objectivity” and even “quest”. What are the starting points of our dayto- day quests? On the other hand, what are our ending points and how much truth is there in our perpetual desire to find meanings/motivations for our actions and the acts of those around us?

As far as style is concerned, the subject will be treated realistically, as the purpose is for the watcher to witness each character’s quest as objectively as possible. The suspense of the audience coincides with the suspense of the characters, who cannot foresee the end of their own journeys. After his daughter runs away from home because she cannot get over her father’s intolerance, Nicu Holban (50) doesn’t know whether his family’s apparent breakup is permanent or something can still be done to re-establish the initial balance. Similarly, though journalist Liliana Calomfir (28) embarks on a report whose success with the audience seems guaranteed, she reaches a point where she no longer sees the point of her efforts. 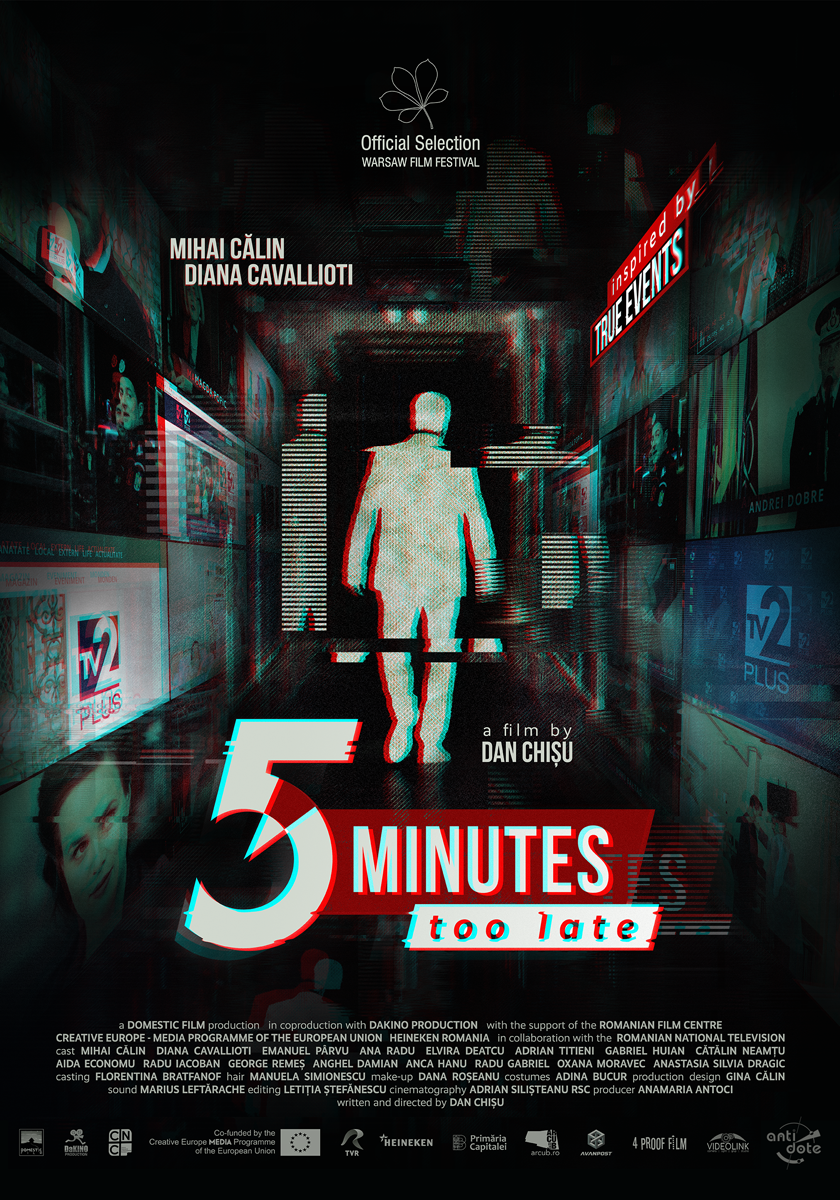